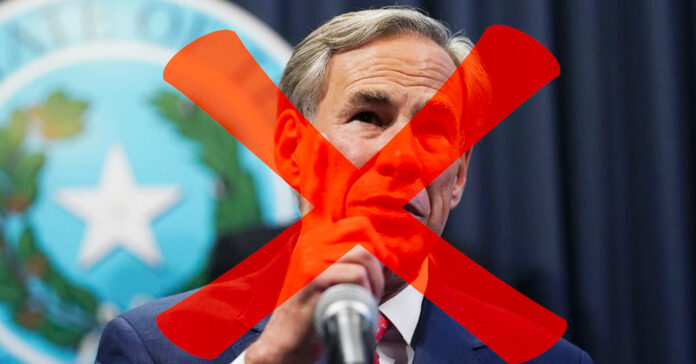 Monday morning was veto time for Governor Greg Abbott, who -compared to his usual average of 51 vetoes per legislative session- signed a surprisingly low quantity of 21 vetoes. Of course, this legislative session was quite unproductive, so maybe there just weren’t enough bills to veto.

Among the bills killed by Abbott was Senate Bill 474, known as the “Safe Outdoor Dogs Act”, designed to expand animal cruelty laws which Abbott referred to as “micro-managing” and said, “Texas is no place for this kind of over-criminalization.” The bill had bipartisan support.

Vetoing the Safe Outdoor Dogs Act, intended to make a Class C misdemeanor the act of knowingly leaving a dog uncared for, has sparked outrage in the media where users bestowed Abbott with the hashtag #AbbottHatesDogs.

Also worth noting was the killing of SB 281, relating to the use of hypnotically induced testimony in a criminal trial, which according to Abbott included amendments that would have granted lifetime immunity for everyone who undergoes this type of hypnosis.

Still, he commended the author of SB 218, for aiming to bring accountability to the criminal justice system by addressing the use of investigative hypnosis.

But perhaps the most anticipated veto was that of Article 10, a move that has faced nationwide backlash as it is considered to be Abbott’s way of punishing the Democrats who staged an eleventh-hour walkout, consequently killing GOP priority SB 7, better known as voter suppression.

As we have previously reported, Texas, like forty-three other states, has a line-item veto system, where the governor can strike through any item of any bill that relates to appropriations. Though this technically limits the power of the veto, in practice it means the governor has a de facto no over anything that deals with state money.

In this case, Abbott used his line-item power to veto a single article of the Texas budget, Article 10, which allocates the budget to pay both Lawmakers and their staff.

“Texas has a governor, not a dictator,” said House Democratic Caucus Chair Chris Turner, who labelled the move as an “abuse of power”. “The tyrannical veto of the legislative branch is the latest indication that [Abbott] is simply out of control,” Turner said.

Governor Abbott has announced two special sessions where -in addition to redistricting- Republicans will try to pass previous failed attempts, including race theory, deplatforming, and of course, voter suppression.