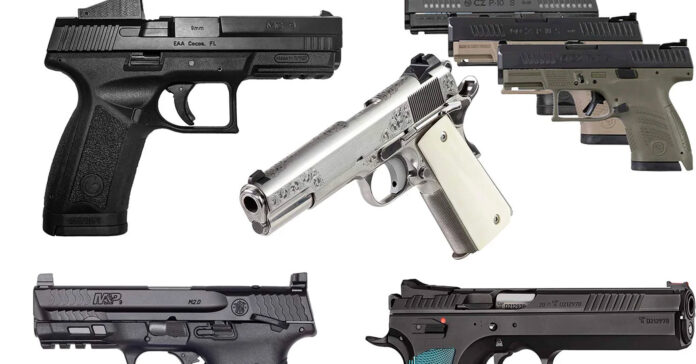 Governor Greg Abbott’s pledge to make Texas a “Second Amendment sanctuary” helped boost a bill that would make it legal to carry weapons in the state without a permit, a long-held goal of the gun lobby. After much back-and-forth, particularly from law enforcement who said it would make their jobs more dangerous and difficult, the bill is finally on its way to the governor’s desk. However, there have also been some surprising gun control measures that are looking like they might pass as well.

First is Senate Bill 162 from State Sen. César Blanco (D-El Paso). A “lie and try” bill, it aims to make it so that people who are not allowed to carry guns are not able to keep trying to acquire them through repeated attempts.

Gun acquisition from prohibited individuals is a real problem. In 2017, 181,000 applications for purchase were denied through the National Instant Criminal Background Check System (out of 25 million). However, of those denials, only 12,710 were referred to the ATF for investigation and only 12 were sent to U.S. Attorneys for prosecution. Clearly, the almost infinitesimal chance of any legal repercussion is not stopping people from trying to gain firearms they are not allowed to possess, leading them to avenues that don’t require background checks such as person-to-person transactions.

Blanco’s bill, which has now passed both chambers handily with bipartisan support, makes it illegal to receive a gun, even as a gift, while prohibited by law. It also makes lying on a background check forms a felony. The bill is in line with requests from the law enforcement lobby on the permitless carry bill, which would make it easier to disarm and confiscate people who own or carry weapons that do not have a legal right to do so. Approximately one-third of people denied a weapon because of a background check go on to commit another crime in the next five years. Whether the new bill will increase the rates of illegal weapon confiscation in practice is unknown, but it is a tool that authority could use to prevent an endless cycle of weapon acquisition attempts without consequence.

Another bill actually looks on its surface, like it is a boon to gun owners, but is actually an ingenious way to spur licensing. State Sen. Joan Huffman (D-Houston) has introduced Senate Bill 2247. It would completely eliminate the fee for gun licensing both for first-time applicants and renewals. The fee had previously been reduced in the 85th Legislative Session to just $40.

By making the licensing free, it will hopefully encourage individuals to obtain one by passing a mandatory safety course. According to one study across 80 urban areas by Cassandra K. Crifasi in the Journal of Urban Health, licensing reduces firearm homicides by 11 percent. Repealing licensing laws has been shown to increase firearm homicides in Missouri by 25 percent and gun suicides by 16 percent.

Texans may no longer need a license to carry in public once Abbott signs the law, but licensing can still be an effective tool for promoting gun safety in the state. Huffman’s bill has already passed the Senate with bipartisan support and the House Homeland Security & Public Safety Committee. Should it pass the full House, that would put two gun control bills in front of Abbott, even as his signature legislation making guns easier to carry passes.