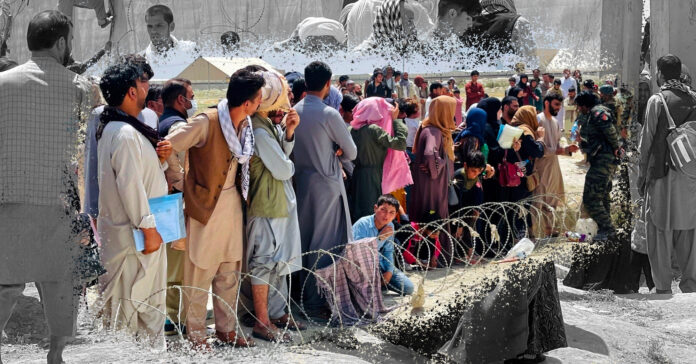 Amir is one of the over 25,000 Afghan refugees relocating to the United States. At 15 years old, he began supporting American special forces units as an explosive ordnance disposal technician. He lived alongside American operators and regarded them as family.

Shortly after the Taliban began their occupation of Afghanistan, Amir was contacted by his American colleagues. He and his family boarded a plane set for America the next day. He eventually settled in Dallas alongside 2,500 other refugees, with new arrivals coming almost daily.

Support systems for refugees are currently stretched thin. Amir is unable to enroll his children in school without the help of caseworkers and is still trying to get on Medicaid. He generally doesn’t hear back when he tries to contact them either.

Fortunately, volunteers like Ramsha have been stepping up to fill in these gaps when possible.

Ramsha has been running errands for the family, tutoring the kids in English, and helping Amir with his job search. She has described the resettlement process as extremely difficult, both logistically and psychologically. Migrants wrestle with the emotional toll and guilt from leaving their loved ones behind.

Amir’s family is in constant danger because of his relationship with American armed forces. The Taliban killed one of his two brothers during the initial occupation and killed his cousin shortly after Amir began his life in Dallas.

The Taliban continues to torment Afghans, even from across the Atlantic.
This story is based on a short film from the Texas Tribune.