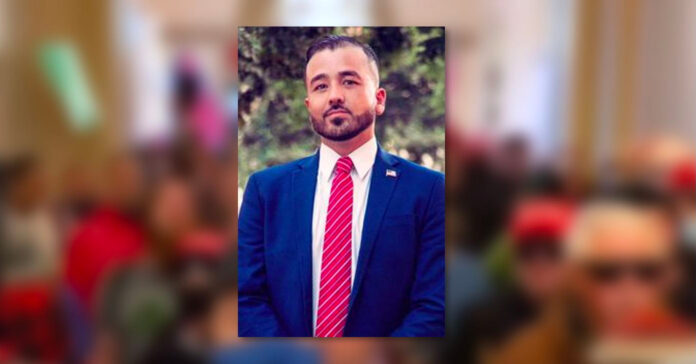 Anthony Aguero, a close ally of Rep. Marjorie Taylor Greene and conservative YouTuber who participated in the Capitol’s insurrection, joined Republican members of Congress in their trip along the border.

During the visit, which took place on Tuesday night, Aguero was seen taking pictures and videos with the GOP members and serving as a translator at times.

Besides being known for breaking into the Capitol cheering and justifying the break-in, the YouTuber is also known for filming migrants and shining a light on their faces, as well as covering the activities of right extremists and militias such as the Guardian Patriots and the Proud Boys.

According to CNN, during his live stream of the Tuesday visit, Aguero interviewed and chatted with Reps. Tom. Tiffany of Wisconsin, Lauren Boebert of Colorado, Madison Cawthorn of North Carolina, Chris Jacobs of New York, Michael Cloud of Texas, John Rose of Tennessee, Ronny Jackson of Texas, and Mary Miller of Illinois.

“I appreciate the Congressmen and Congresswomen that went out of their way to come to the Border to see the crisis for themselves,” Aguero told CNN in a statement.

The Republican ally also has a history of criminal violence, pleading guilty in 2010 to family violence assault for causing severe bodily injury, and later sentenced to two years in Texas state prison in 2015, for vehicular assault while intoxicated.