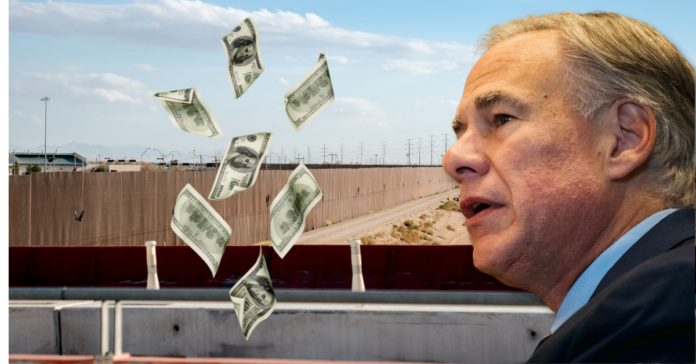 A state could do a lot with $4.2 billion. Governor Greg Abbott spent it on a series of border inspections that turned up exactly zero drug smugglers, human traffickers, or undocumented immigrants.

In one of his latest schemes to appear to be a border security maven, Abbott ordered the Texas Department of Public Safety to begin inspecting commercial trucks coming from Mexico into Texas. The move immediately had dire repercussions, pushing wait times at the border into hours or even days while also exacerbating supply chain issues. Considering that the trucks were already being inspected by federal agents, it reeked of a publicity stunt and quickly drew condemnation even from usual Abbott allies.

“This misguided policy will have little or no impact on the invasion on our southern border, caused by the inaction of the Biden Administration,” said Agricultural Commissioner Sid Miller in an open letter. “Instead, this policy will hurt Texas and American consumers by driving up already skyrocketing food prices, worsening ongoing supply chain disruptions, causing massive produce shortages, and saddling Texas and American companies with untold losses.”

Abbott finally relented and moved onto his next plot: bussing detained immigrants to Washington D.C. in a bizarre nose-thumbing at President Joe Biden (federal agents already move detained immigrants all over the country to avoid stripping local border law enforcement resources). Nonetheless, the damage to the Texas budget was already done.

Miller stated in another letter to supporters that the inspections cost the state $4.2 billion. The money came from spoiled produce, lost sales, and general economic slowdown from the delays. The cost to federal GDP was almost $10 billion.

In a face-saving measure, Abbott claimed that the inspections did turn up a rash of unsafe vehicles, which he says will save many Texas drivers lives. It seems like a small prize for the cost.

Abbott has repeatedly tried to use border issues to promote his conservative credentials after staving off far-right primary challengers to his re-election this year. Despite the massive waste of public resources and outright danger that his extremist anti-immigrant policies have caused in the last year, it appears to be winning him favor with voters. Frustration with the Biden Administration’s border policies coupled with a constant barrage of fearmongering about “dangerous” immigrants have led to voters wanting something done, even if what Abbott is doing is objectively terrible and ineffective.

The governor has said that he may still try again. In a recent roundtable discussion, he said:

Biden has ended the Title 42 policy used under former President Donald Trump to speed expulsion of immigrants using public health justifications and has begun accepting refugees again. This has led to a startling increase of traffic at the border and a scramble among federal agencies to handle the flow. Republicans like Abbott have capitalized on anti-immigrant sentiment to sell what is happening as a crisis and justify harmful policies like the inspections.