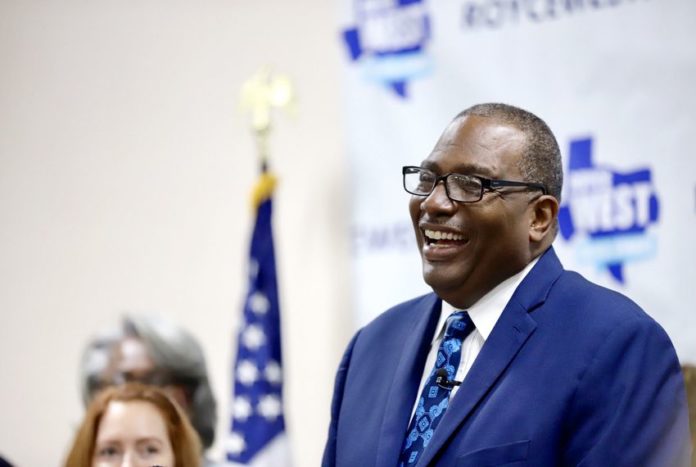 State Sen. Royce West (D-Dallas) has had a very lucrative career working for governmental agencies. Over the last 12 months, West made $1 million in earned income from representing school districts, transit authorities, and cities across the state.

Since West was first elected to the state senate in 1992, his personal finances have been a bit of an open secret. Lobbyists, staffers and other politicos have long swapped speculation about West’s net worth over dinner at Dai Due or drinks at the Roosevelt Room.

The problem was that no one ever got a hold of West’s financials and, as long as he stayed in the lege, Texas’ weak ethics laws meant no one was going to get those financials.

However, since West decided to run against John “I have $9 mil in the bank” Cornyn for U.S. Senate, West’s finances are now under federal ethics requirements. And federal campaign finance laws are a lot more stringent than Texas’ rules.

Jay Root over at Texas Tribune did a thorough breakdown of West’s assets and found that the senator and his wife have a net worth between $8.7 and $28 million.

Along with owning a tax consulting firm, West is also the managing partner of the Dallas law firm West & Associates. The general purpose firm handles everything from civil litigation to real estate law.

While having a broad-based practice isn’t unusual for an attorney, what is notable is the fact that West & Associates in general, and West in specific, focus on school law. In his financial disclosure form West stated that his firm represented Houston ISD, Dallas ISD, and Crowley ISD, as well as Dallas County Community College.

Given that West is the vice-chair of the Texas Senate’s Higher Education Committee, sits on the education committee and was on the conference committee that hammered out the big school finance bill this year, conflict of interest questions are readily apparent.

Although, West has long dismissed those questions.

In 2007, West told the Dallas Observer that when people come into his office they are seeing him not as a state senator but “as an attorney.” West’s supposed firewall between his public office and private business would be more believable if his law firm didn’t lean so heavily on his political career to drum up business.

West & Associate’s website states that “most know Royce as the state senator representing the people of the 23rd Senatorial District … Texas Monthly has named him as one of the 25 most powerful people in Texas politics, and has made the magazine’s “Ten Best Legislators in Texas” list.”

It’s certainly true that West isn’t the only Texas politician to make money off his position, he’s just the one who’s got caught this week.

It’s also true that there’s nothing specifically illegal about a member of the state legislature entering into a contract with a public entity, but it’s not exactly above board either.