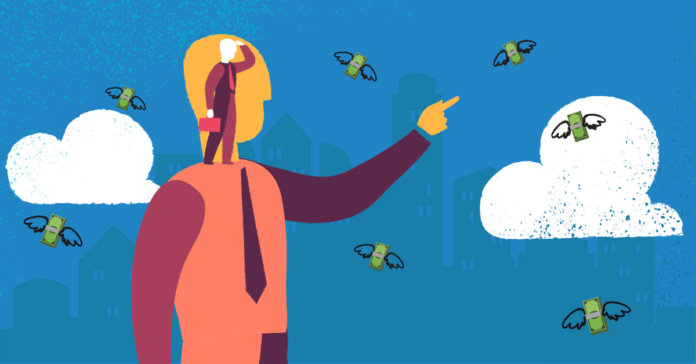 Political campaigns live and die by their fundraising. Often, the candidate with the most money ends up with the highest number of votes, as they can afford more advertising, larger staffs, and more materials to get their names out before Election Day.

But what happens to the money when state politicians go into retirement?

After designating an account for the campaign, the funds are not a part of the candidate’s personal account, even after they retire.

When it comes to restrictions on candidates and officeholders using political contributions for personal purposes, The Texas Ethics Commission website states, “You may use your political funds to pay for most expenses you incur as a candidate or officeholder. The primary restriction in using campaign funds is that you cannot convert them to personal use.”

“Additional restrictions exist for payments to close family members, payments to a business of the candidate, and payments from judicial candidates and officeholders to candidates or political committees.”

Richard Albert, the William Stamps Farish Professor in Law and Professor of Government at the University of Texas at Austin told Reform Austin, “Elected officials have a high duty to make responsible use of the funds they raise. Those moneys are donated for public-regarding purposes of election, advocacy, and reform. It makes sense, then, to prevent retiring officials from using those funds for private purposes, for instance to build a new home, to take a luxurious trip, or to buy a second car. I certainly don’t want any candidate to whom I contribute to use my hard-earned money for a fancy retirement cruise around the world.”

David Crockett, professor and chair of political science at Trinity University, told Reform Austin,  “If there are unspent campaign funds, candidates can use them to contribute money to another campaign/candidate, or donate them to a political party, or retire their own campaign debt, establish a personal PAC to distribute the funds. They just can’t use the funds to buy a new Corvette.”

Based on recent retirements in Texas politics, here are three examples of what happens to leftover campaign funds.

The Straus Way: Start a PAC and Spend In Favor of Candidates

State Rep.: Joe Straus (R-San Antonio) was speaker of the Texas House from 2009- 2017. His tenure included becoming known for his role in helping kill the bathroom bill, and supporting policies that embrace diversity.

Announced Retirement: 2017. When Texas Monthly reported on Straus’ retirement, Straus was quoted on his interest to help grow the economy, “I’m not one to close doors. I have to tell you as I’ve traveled the state, speaking out on issues that I think are important to our economy, important to most people, not just Republicans but most Texans.”

Campaign Funds: With almost $10 million in unspent campaign money in the bank following his retirement, he told The Texas Tribune he would spread the wealth to Republicans who were running in 2018. He then endorsed Steve Allison, who filled his former seat. In 2020, he continues to have a strong interest in public education, and used $2.5 million to fund the Texas Forever Forward PAC to promote Republican candidates that focus on healthcare and education.

Direct Deposit to the Candidate You Want to Take Your Place.

State Rep.: During his time as a state Rep., Jonathan Stickland (R-Bedford) made headlines for acts of dispute, conflict and controversy, Twitter fights and slaughtering reform bills. After serving four terms in the Texas House, he announced he wouldn’t be running for reelection in 2020.

Campaign Funds: As Reform Austin reported previously, “In less than four years, Stickland… raked in more than a million dollars from special interest groups and political action committees (PACs) across the state.” He had $60,000 on hand at his retirement, and nearly half of his funds ($25,000) went to Jeff Cason, a former Bedford City Council Member, who Stickland hopes will replace him.

The Zerwas: Closed It Up.

Campaign Funds: Zerwas recently took a job as executive vice chancellor of health affairs for the University of Texas system. In September 2019, he told Texas Medicine, “I always had a sense to take my clinical, administrative, and legislative experience and bring that all together in an academic environment. When I look to training and educating the next generation of health care providers, this role is uniquely positioned to do that.”

Before retiring, he dissolved his PAC, after giving away used campaign funds charities and stopped raising.