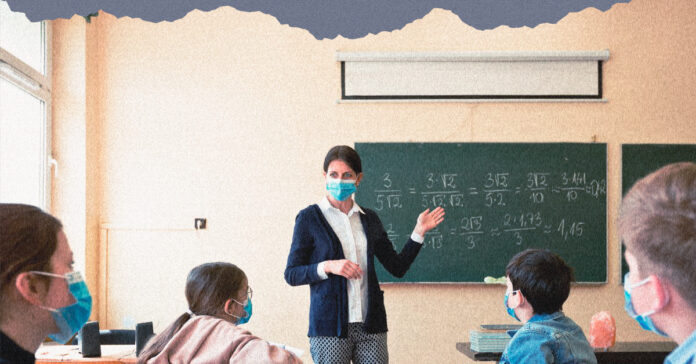 WASHINGTON, Jan 14 (Reuters) – The U.S. Centers for Disease Control and Prevention has not been communicating well enough with educators, teachers unions say, as COVID-19 hospitalizations hit records in the country.

The safety of American public schools, which educate over 50 million kids, has become a hotly contested issue, pitting teachers’ unions worried about the disease’s spread in sometimes underfunded, antiquated buildings against local and state officials who want to keep schools open.

The CDC, the United States’ national public health agency, is not offering teachers enough information or seeking their input, despite a long history of close contact, top union representatives say.

“CDC does not communicate the way it used to, frankly, in the Trump administration and the Biden administration, or in previous administrations,” said Randi Weingarten, the president of the 1.7 million-member American Federation of Teachers (AFT).

The CDC didn’t issue fresh guidance to schools about how to handle new five-day isolation rules for those infected, issued Dec. 27, until last week – well after schools reopened after the winter holiday break, Weingarten said.

Becky Pringle, president of the 3 million-member National Education Association, said her group was also seeking more communication with the CDC, but did not elaborate.

“I would hope that every person in this country would want CDC to be asking the largest union of educators— NEA — about how their guidance affects public education, so more, not less, communication is essential to getting this right for our students, schools and communities,” she said in a statement to Reuters.

Asked about the criticism, the CDC said it has included both the AFT and the NEA in education outreach and meeting invitations. Both groups were “valued education partners” in CDC’s COVID-19 response efforts, a spokesperson said.

Weingarten said her union’s contacts with the CDC dropped off after conservative news outlets Fox News and the New York Post reported in May 2021 that the AFT and CDC communicated on school reopening guidelines before they were issued on Feb. 1, 2021.

The reports relied on emails acquired by conservative watchdog group Americans for Public Trust through the Freedom of Information Act, or FOIA, that showed teachers unions made suggestions about school reopening, masking and other policies.

“Since Fox and others FOIAed their paperwork, what has happened is that they don’t talk to people anymore,” Weingarten said. “I think that’s a big disservice to Americans.