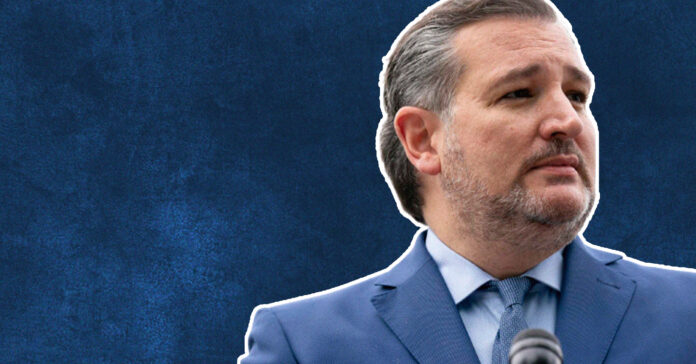 A trio of Republican members decided to go against the rest of their party and threaten to shut down the government in an attempt to cut funds that help enforce the vaccine mandate.

Sens. Mike Lee, of Utah; Ted Cruz, of Texas; and Roger Marshall, of Kansas, insisted the Senate vote on a provision to block vaccine mandates; the Senate voted 50-48 against that proposal.

Moments later, Congress acted fast and passed a short-term government funding bill, keeping the government open through Feb. 1 and preventing a shutdown before the Friday night deadline. The legislation was sent to President Joe Biden for his signature, as reported by NBC News.

Many fellow Republicans saw the move as reckless and a poor attempt at solving the vaccine mandate dispute.

“They’re trying to make a statement that they’re not going to go quietly in the face of an unconstitutional act. I get that,” said Sen. John Cornyn of Texas“But it’s an unnecessary and futile effort to try to defeat the mandate.”

Shutting the government down only brings nonessential services to a halt but it would unlikely have an effect on the agencies responding to the pandemic. In addition to that, the courts have already blocked the enforcement of the vaccine mandates.

Cornyn noted that Cruz and the others wanted to risk a shutdown over a policy that cannot be enforced, at least for the time being.

“No pissant politician, whether a local mayor or a governor or the president of the United States has the right or legal authority to force you to make that decision,” Cruz told reporters at the Senate on Thursday. “We have seen in the course of this pandemic Democrats being very comfortable with being petty tyrants and decreeing that you must obey their medical mandates.”

This isn’t the first time Cruz gets his hand dirty while trying to force a government shutdown. In 2013 he led efforts to block the Affordable Care Act by demanding it be included in a must-pass funding bill.

That led to a 16-day government shutdown, costing the U.S. economy $24 billion and ultimately achieving nothing except maybe catapulting Cruz into the national spotlight. Setting the stage for his 2016 presidential run.

Cruz has never taken responsibility for the 2013 shutdown. Even though the Texan spent that summer fighting the Affordable Care Act, promoted the threat of a shutdown and staging 21-hour overnight talkathons to dramatize his demands, as reported by The Dallas Morning News.

On Thursday, Cruz claimed his hands were clean in 2013, and would remain that way even if the government did decide to shut down this weekend.

“In 2013 Chuck Schumer, Harry Reid, and the Democrats forced a shutdown because they wanted to support Obamacare, which was enormously harmful to millions of Texans and millions of Americans. And today, Schumer is once again trying to force a shutdown — in this case, in defense of Joe Biden’s illegal and unconstitutional vaccine mandates,” he said.

“The Democrats are committed to firing people if they don’t obey their illegal decree,” he said.