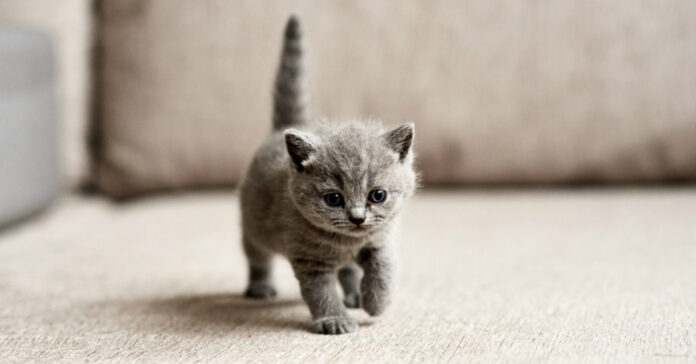 Just when you think life is all out of surprises, a lady decides to breastfeed her cat on board a Delta Airlines flight.

That’s right, you read that correctly. A cat.

And if the story couldn’t get any better, she refused to stop after she got caught.

This incident allegedly happened during a trip onboard Delta Flight 1360, a route that goes from Syracuse, New York and Atlanta, Georgia.

This news broke social media via Twitter with a screen capture of a message sent using the Aircraft Communications Addressing and Reporting System (ACARS), which pilots use to transmit short text-based messages to ground.

The message reports that a passenger in seat 13A “is breastfeeding a cat and will not put cat back in carrier” in response to a request from a flight attendant. The message asks that the situation be addressed by the airline’s “Red Coat” team upon landing. Delta describes members of the team as “elite airport customer service experts” who are “specially trained to handle on-the-stop customer issues,” as reported by Newsweek.

Apart from that message, there was little information about the incident, except for a Tik Tok video uploaded on Nov. 2 (which appears as deleted).  In the video, flight attendant Ainsley Elizabeth narrates the events claiming “security met the flight because a woman was breastfeeding her cat.”

In a follow-up video, Elizabeth claims the cat was hairless and the woman had it swaddled like a baby.

“Her shirt was up and she was trying to get the cat to latch and she wouldn’t put the cat back in the carrier. And the cat was screaming for its life.”

Delta policy does let you breastfeed your human baby, but as for your not-human pet? I believe that is a big no-no for all airlines.

And remember kids, most cats are lactose-intolerant, so please don’t give them any milk, especially if it is produced by your own mammary glands.