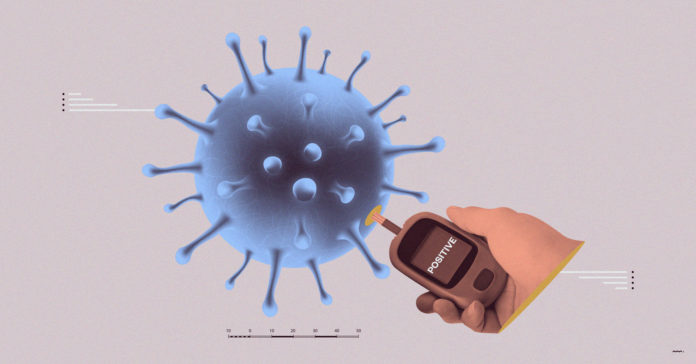 Diabetes is a quiet disease that results in high blood sugar levels, and this year, patients met a new set of challenges from the COVID-19 pandemic.

High blood sugar levels make it harder for patients to recover from infections, and according to the chief scientific and medical officer of the American Diabetes Association, people with diabetes are less likely to survive a COVID-19 infection.

“We know that people who are living with diabetes are not necessarily more likely to catch COVID-19,” said Dr. Robert Gabbay. “But when they get it, they will be much sicker, and their risk of death is significantly higher.”

Gabbay explained that diabetes destroys the body’s natural insulin, so fighting infections becomes significantly more difficult. He said that obesity is commonly seen among people with diabetes, and people who are obese also are more likely to be put on a ventaltaor if they contract COVID-19.

When asked which areas of the United States have more cases of diabetes, Gabbay pointed to the Rio Grande Valley, and mentioned that Latinx communities disproportionately contract diabetes.

“The Rio Grande Valley has really high prevalence (of diabetes) and even higher prevalence in Latinos,” said Gabbay. “Another piece of this is if you look at the Latino population a hundred years ago versus now, their lifestyle was dramatically different.”

Gabbay said that there were genes that developed to protect the human body from food scarcity at that time, and that physical activity for the Latino population was much higher than what we see today.

“They were eating in portions much smaller than what we generally see now, in part because of the scarcity of food,” said Gabbay.

Not only has physical activity changed, according to Gabbay, but food consumption and food availability has shifted generally, too.

“The way to think of it is, there were genes that were very protective of people for millennium, because for most of human history there wasn’t enough food,” said Gabbay. “So being able to survive and store food really well was an important trait to have.”

However, now people’s bodies are storing too much food, according to Gabbay, and the amount of refined foods consumed are contributing to diabetes and obesity.

Another side effect of diabetes is depression, and Gabbay says that heightened isolation can be a challenge for people living with diabetes.

“30% of people with diabetes have depression,” said Gabbay. “Well, if you take people with depression and now you isolate them, that’s going to be problematic.”

To combat this, Gabbay says that the ADA stepped up in providing virtual support.

“We have a series of webinars that have been distributed around the country on the psychological impacts of being isolated,” said Gabbay.

Quarantine can also be a barrier to receiving needed medicine. Gabbay strongly recommends having backup medications at home.

“We advise people to make sure they have enough of their medication,” said Gabbay. “And that ‘enough’ should include the idea that what if you get sick, and you’re not able to go anywhere for two, three weeks.”

Gabbay said that the ADA works to educate people everywhere, but especially those in food “deserts,” or places that lack whole foods such as fruits and vegetables. Gabbay said that support for the diabetic community is also beneficial.

“I think it’s also helpful for people to support each other particularly during this challenging time,” said Gabbay. “Reaching out to individuals, sharing your stories, sharing successes, I think, is really important.”