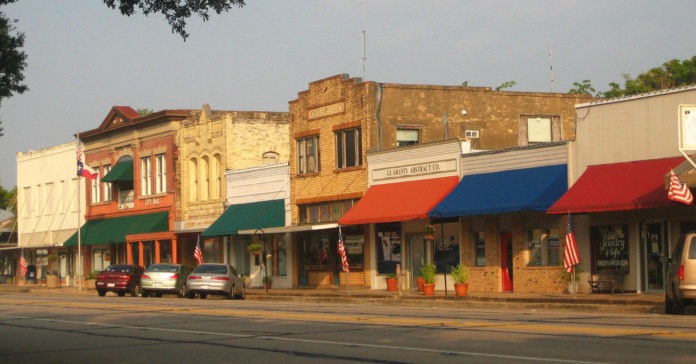 “We’ve been the only monkey in the zoo so far,” said Edna ISD superintendent Robert O’Connor.

Edna is a small town in Jackson County between Houston and Victoria. Two weeks ago, it’s school district was the first in Texas to reopen for classes after the start of the coronavirus pandemic. Thus far, it’s been a success, but O’Connor and his staffers are anxiously watching their population.

“When we opened, we were dealing with infections that were caught out in the community,” he says. “Now that school’s been in session for two weeks, we’ll begin seeing the full impact. We’re keeping a close eye on every case. We’re tracing them carefully, looking for trends and through lines that might indicate a danger. We’re very cognizant of the fact we could be the source for spread.”

Edna is a small, rural district with just 1,500 students total. The plan for re-opening was to offer three options: home school, remote learning, and in-person classes. At first the in-person learning made up 60 percent of the population, but that has already increased to 85 percent. O’Connor credits two causes for his district’s return to (mostly) normalcy.

The first is the technological and social limitations of remote learning. Edna ISD went to great lengths to secure Chromebooks and internet hot spots for all its students, but away from the larger cities and towns, internet and cellular service is often spotty (even our conversation with O’Connor was marked by dropped signals). Many parents haven’t been able to utilize the technology or adapt well to it when they can use it.

“There’s been a lot of frustration,” says O’Connor.

The other reason is the fact that Jackson County is in Texas’ “neutral zone” and has largely escaped the worst of the pandemic. There have been fewer than 500 confirmed cases in the entire county, and fewer than 10 deaths. As such, life in Edna has not been like it is in the more infected parts of the state.

“These kids have been out at the stores, at Sonic, down on the Frio River,” said O’Connor. “They’re already exposing each other.”

So far, Edna ISD has seen four confirmed cases, half of which O’Connor said were actually in the remote learning population and caused by community exposure.

In school, staff and kids are following safety protocols about as well as you can expect children to do. Masks are available for free and mandatory for children over 10. There are temperature checks throughout the school day and even on the morning bus. Those with fevers of 104 are either sent home or quarantined in the nurse’s office. Regular sanitation cleanings are conducted.

The weak point is social distancing. There have already been nationwide news stories about crowded hallways in other states. O’Connor acknowledges that getting kids to not bunch up in hallways has been a problem. Keeping distances in places like the band hall have also been difficult.

Still, he feels that in-person learning is worth it for their relatively low-risk population.

“Remote learning is only about 60 percent as effective, and these kids have already lost four months of school,” said O’Connor. “Nutrition is down because we provide so many healthy lunches. Student depression is way up. There are things that remote learning just can’t do.”

Currently, he has more students home sick with strep than COVID-19, and he’s pleased to announce that 100 percent of his teachers have returned even as protests and threats of strikes occur in other districts. However, O’Connor is not dismissing the dangers of coronavirus.

“We opened up because I don’t think anything is going to change in the parameters between now and the end of the year,” he says. “Unfortunately, we’ll be navigating COVID from here on out. It’s not going to disappear. I think we’ll get it down to a manageable number. Even when we get the vaccine, it won’t go away. There’s too much of it in the world now for that.”