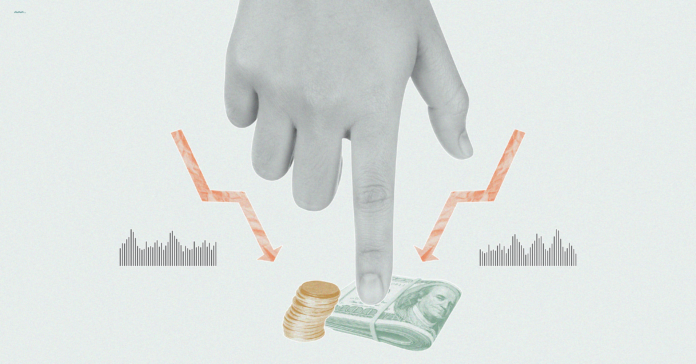 After the majority of 2020, so far, has been spent in quarantine and statewide shutdowns, Texans should prepare themselves for a difficult rest of the year.

Experts say that the long-term economic outlook for Texas includes a staggeringly “long and hard” recession for major cities like Houston, and continued impacts on job growth, unemployment, and businesses from the coronavirus’ effects.

A report from the University of Houston’s Bauer College of Business and the Institute for Regional Forecasting estimates that the Houston region could lose 83,200 net jobs by the end of 2020, with more than half of those being related to the recession and the oil bust combined. Already this year, more than 26,000 workers across the state in Texas’ oil and gas industry lost jobs in April.

Another 25,000 jobs lost will come from local businesses being shut down and social distancing measures, the report estimates.

Although the state has begun to see a slight rebound in the price of oil per barrel, experts estimate that oil will likely stay below $40 a barrel until 2022, despite the possibility that economic recovery for the state could come by 2021. The economic impact of the oil and gas industry is particularly intense for cities that heavily rely on it for a majority of its jobs, like Houston and other cities where oilfield workers travel to and work from. As a result, those cities could experience growth and decline in much more rapid and dramatic rises and falls through 2022.

Across Texas, the health care industry is also taking a huge hit in job losses. Baylor Scott & White Health plans to lay off about 1,200 employees this coming week, with other pay cuts and furloughs also planned.

For workers who have been furloughed, their temporary layoff may become permanent as major companies — especially in retail and tourism — start to shut down stores or file for bankruptcy. In April, the Bureau of Labor and Statistics reported that 78 percent of Americans had experienced a temporary instead of permanent layoff. But a paper published by the Becker Friedman Institute at the University of Chicago this week expects 40 percent of the layoffs across the nation to be permanent. Data from FEMA on past disasters also shows that 40 percent of small businesses never reopen.

Experts at the Becker Friedman Institute warn that the question of whether jobs lost — either through furlough or layoff — will come back is a complicated one.

The paper estimates some 13 million jobs across the U.S. have already been lost for good.

In Texas, 2.2 million people have filed for unemployment relief, spiking the state’s unemployment level to 12.8 percent, a record high.

“I think that’s a key message to understand the outlook for the economy, and for the policy responses to the pandemic,” said Steven Davis, a professor of economics at the University of Chicago Booth School of Business and one of the paper’s co-authors, in a Marketplace report. “Policies to date have been predicated mostly on the presumption that all the jobs, or most of them, would come back. Many of them will … but there will be millions and millions of jobs that are lost and won’t come back. So we need to face up to that fact.”

The forecast for Texas’s economy for the rest of the year seems to be complexly intertwined with what’s still unknown about the virus.

Bill Gilmer, an economist and director of the Institute for Regional Forecasting at the University of Houston’s Bauer College of Business, told the Houston Chronicle that the long-term damage to the Texas economy will likely not come from the temporary closures, but rather the loss of productivity, sick workers, disrupted supply chains and the lack of confidence Texans may have about going out to businesses even after they reopen.

Beyond that, he said, there are still lingering political and ethical questions, and uncertainty about if there will be another wave of cases, when a vaccine could come, and what the true rates of infection are.
“How much illness and how much death should be allowed?” Gilmer told the Chronicle. “The current tug-of-war between stay at home orders and the economy is a political question, and it’s a difficult question.”