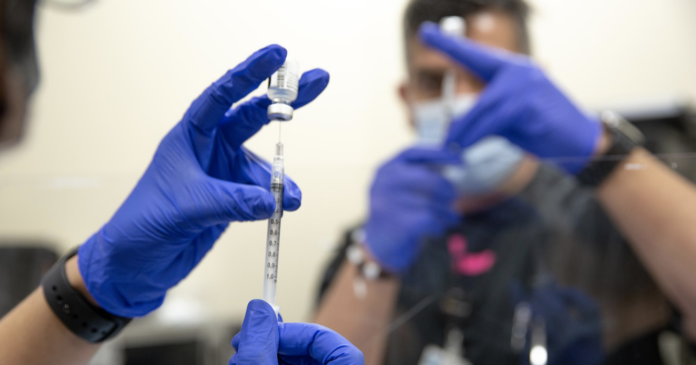 Seems the fast-spreading omicron variant has caught up with Houston and is threatening to cause havoc as early as next month. Health officials are warning there could be a nationwide spike, bigger and faster than with the Delta variant.

According to The Houston Chronicle, there is little data available in what is considered the early stages of the new variant’s spread, experts are unsure about the degree to which it could overwhelm the healthcare system — a critical question in the months ahead.

“We’re going to have a wave. I don’t doubt it at all,” said Dr. Rodrigo Hasbun, professor of infectious diseases with McGovern Medical School at UTHealth Houston.

As much as we would like to deny the existence of a new surge, the facts don’t lie:

If these statistics aren’t a sign to get a vaccinated then I don’t know what is. Pfizer and Moderna show the new strain significantly reduces their effectiveness, but a booster shot from either appears to offer better protection.

“The fundamental message is, just as we’ve done before when the situation on the ground changes, it’s time for us to change our behavior,” said Dr. Marc Boom, president and CEO of Houston Methodist. “To me the most important message is, if you haven’t been vaccinated, get vaccinated. Schedule boosters.”