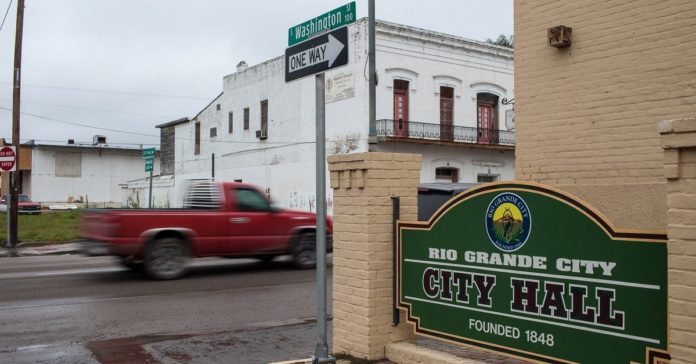 Dr. Jose Vazquez resigned from his position as health authority after members of the commissioners court rejected increasing his pay from $500 a month to $10,000, according to a press release from the county and County Judge Eloy Vera.

Vera, who brought the pay increase to the commissioners, said the contract would last only as long as Vazquez’s services were needed and had a termination clause that let either party cancel it. It also would have been paid with federal CARES Act funding.

Vazquez, who is also board president of the county’s only hospital, could not be immediately reached for comment.

Local health authorities provide guidance to city and county officials on how to manage the coronavirus, often play a role in addressing the public at press conferences or hearings and can make recommendations about school closures, in the event of an outbreak.

A press release from the county thanked Vazquez for his “outstanding service” and said the appointment of a new health authority “should be forthcoming.”

County Commissioner Eloy Garza rejected the proposal because he thought it cost too much. He said another doctor, Antonio Falcon, had agreed to serve in the position for free and that the commissioners court was expected to formalize the arrangement Friday.

“I got a call from Dr. Falcon and he told me he was willing to do it free of charge,” he said.

Vera said he asked Falcon to start immediately providing him with guidance on medical decisions in an informal capacity.

“I cannot wait until Friday,” he said. “I’m an engineer by trade, know nothing about medicine. So I need a doctor to help me with that sort of thing.”

The other three commissioners could not be immediately reached for comment.

Starr County, population 65,000, is one of the poorest counties in the country. Its residents are more than 95% Hispanic, a demographic that’s been disproportionately affected by the virus. About a third of the county’s population under age 65 lack health insurance.

As the virus has hammered south Texas, workers at the county’s small hospital, which had no intensive care unit, have flown patients hundreds of miles away for treatment. Hospital leaders discussed forming an ethics committee to wrestle with decisions about which patients should go home to die with family and which should be transported elsewhere for care.

Vazquez said in July that “the time of rationing medical care is a time that we all have feared from the beginning but it looks like we are getting to that point now.”

Officials in Starr and other South Texas counties were initially successful in forestalling the spread of the virus. But infections surged in June about a month after Gov. Greg Abbott allowed businesses to begin reopening and overrode local authorities’ ability to take a more cautious approach. Graduations and summer holidays that brought a series of occasions to gather likely exacerbated the spread.

Starr County has had 68 confirmed coronavirus deaths and 2,213 cases as of Monday, according to state data.

Vazquez is not the first health official to leave during the pandemic. The leader of San Antonio’s health department stepped down over the summer saying it was time for a “person of color to lead.” The San Antonio Express-News reported her boss sent an internal memo harshly criticizing her abilities the day before.

Across the country, dozens of state and local public health leaders have resigned or been fired since April, reflecting burnout, hostility toward public health experts and the politics of the moment, according to a review by the Kaiser Health News service and The Associated Press.