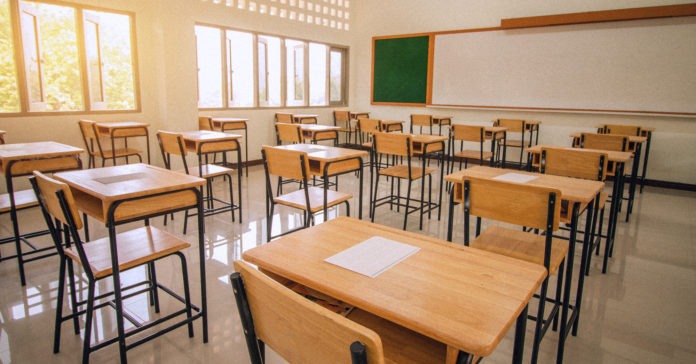 In an opinion that differs dramatically from what local authorities were previously told by the state, Texas Attorney General Ken Paxton writes that local public health authorities do not have the power to shut down schools. All of the state’s major metropolitan areas have halted the resumption of in-person instruction until after Labor Day. They believed they were acting on guidance received from the Texas Education Agency.

Paxton argues that school districts, not local public health authorities or county judges, have the exclusive authority to decide when school resumes.

“Texas law gives independent school districts the ‘primary responsibility for implementing the state’s system of public education and ensuring student performance,’” Paxton wrote. “Districts are political subdivisions of the state, like cities and counties, and governed by boards of trustees who are elected by voters within the district. District trustees ‘have the exclusive power and duty to govern and oversee the management of the public schools of the district,’ subject only to laws expressly delegating authority to TEA or the State Board of Education.”

Paxton’s opinion was a direct response to a request from Stephenville Mayor Doug Svien.

Just a week ago, the attorney general issued an opinion indicating private and religious schools did not have to follow the orders of local health officials. He offered no indication he thought the local orders themselves were in violation of state law.

Svien isn’t the only person to question the actions of local public health authorities regarding school closures. Last week, State Rep. Dan Huberty (R-Houston) has called into question the legality of Harris County’s order requiring schools to remain closed until after Labor Day. And parents in Tarrant County protested outside the county judge’s office in favor of giving parents the choice between heading back to the classroom or learning online.

With Paxton’s opinion in hand, Tarrant County was the first to abandon the local order to keep school closed.

As is the case with all of his opinions, the attorney general’s missive is not legally binding for local public health authorities. Someone would have to challenge the local decisions in court for there to be any decisive action one way or another.

In a clarification issued Tuesday, TEA indicated it would withhold state funding for districts that do not open simply because of a local order prohibiting them from opening. Most districts have decided on their own to delay in-person instruction until dates in September in hopes of a calming of COVID-19 cases. Under the TEA guidance, they may conduct classes online for up to the first eight weeks of the fall semester, as long as there are accommodations for students who do not have access to the Internet.