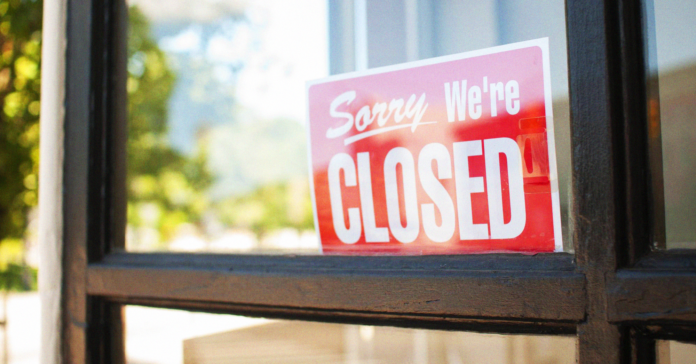 Within hours of the launch of the federal government’s Paycheck Protection Program last Friday, a flood of applications crashed the system, making it virtually impossible for lenders to continue processing applications from small businesses hurt by the coronavirus pandemic.

Reports of technical difficulties with processing loans through the U.S. Small Business Administration’s online authorization system continued over the weekend and through Monday afternoon, when smaller banks were reportedly receiving a record number of applications from small businesses.

The PPP is part of Congress’ $2 trillion plan to rescue the economy from the fallout of the coronavirus pandemic. It provides forgivable loans of up to $10 million to small businesses, nonprofits and entrepreneurs left financially distressed by the pandemic. The program also allows “small businesses with 500 or fewer employees to apply for government-backed loans of up to 2.5 times their average monthly payroll in 2019, as well as cover up to eight weeks of employee wages.

The loans, however, are administered at the local level by a national network of banks and credit unions and will be offered to small businesses “without collateral requirements, personal guarantees, SBA fees, or credit tests,” according to the SBA.

The issues the program is suffering did not come as a surprise to lenders who tried to warn the Federal Reserve and Treasury Department that the lending program would not be ready in time for the website’s launch date due to the lack of set guidelines provided by the federal government. At the time, the local banking networks and credit unions had very little instruction as to the extent of which they would be expected to vet borrowers before approving loans and distributing funds.

In response, President Donald Trump and the Treasury Department issued a brief set of guidelines on Thursday, instructing lenders participating in the program to verify that a borrower was in operation as of Feb.15 and had paid their employees’ wages, as well as calculating and confirming the small businesses’ average monthly operating costs.

Banks cautioned that these vague and brief verification requirements could create a lag of weeks or more and would lead to a substantial delay in issuing loans.

However, those concerns were sidelined when unemployment claims reached a record-breaking 6.6 million last Thursday, forcing the federal government to act fast to shore up the economy.

The result? Banks continued to struggle to keep their loan application systems up and running long enough for small businesses to apply online before time and money runs out, and some lenders have even been forced to limit all applications to just their established customers.

In Texas, elected officials and local leaders have been encouraging small-business owners to seek aid from their local banks rather than having to go through the backlog of the SBA’s federal system.

U.S. Rep. Michael McCaul (R-Austin) said in an interview with the Texas Tribune that the idea was to help speed up the authorization process.

“We tried to make this as easy as possible, so instead of going through the bureaucracy of the SBA … all you have to do is go to your local banker, who you normally have a checking account with or whoever you do business with,” he said.

As a result, many banks have been in touch with clients to offer guidance while the banks themselves make sense of government guidance, the Texas Tribune reported.

McCaul also mentioned the possibility of Congress passing another stimulus package for small businesses in the coming weeks, as a response to the robust pace of SBA applications moving through the system within the first few days of the program.

At the same time, Texas lawmakers are also working hard to address the mounting concerns of the  Texas economy.

Texas Lt. Gov. Dan Patrick announced Tuesday the establishment of a “task force from his Business Advisory Council that will begin to work on a set of recommendations for re-starting the economy, once President Trump and Governor (Greg) Abbott announce that businesses can begin the re-opening process and Texans can go back to work.”

How much companies can receive: Up to $10 million in a forgivable loan, based on payroll size.

Who is eligible: Companies with 500 or fewer employees, which includes nonprofits, independent contractors and the self-employed.

How to apply: The borrower application form is on the Small Business Association website at: https://www.sba.gov/document/sba-form–paycheck-protection-program-borrower-application-form

To find an approved lender: Contact your bank or credit union. Use this website from the SBA to find a complete list of participating lenders: https://www.sba.gov/paycheckprotection/find