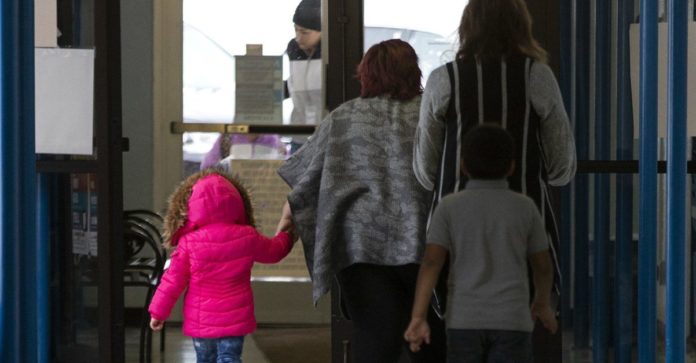 While debate about how to safely reopen public schools in Texas raged through the summer, Kim Olstrup was preparing to bring students back to her Midcities Montessori private school in Bedford. She bought an electrostatic disinfection device similar to one used on airplanes and halved enrollment from about 130 students to about 60 to accommodate social distancing in her classrooms.

In two weeks, her school for children in preschool to 12th grade will be open to students. Olstrup is optimistic enough about her precautions that she didn’t even consider turning to virtual learning as an option.

Private schools weighing whether to reopen their campuses as the coronavirus pandemic continues face a different calculus than their public counterparts. The fewer students in classrooms, the more income lost. But if they fall short on safety, private schools are more vulnerable to lawsuits than public schools.

Texas has about 900 accredited private schools that served about 250,000 students last academic year, according to the Texas Private Schools Association. Even with many Texas parents desperately seeking schools to take their children, private school enrollment is expected to drop for the next academic year, industry leaders and school leaders say.

But even with tuition income likely to go down, many schools are spending money they hadn’t budgeted for safety measures like disinfectants and personal protective equipment and buying online learning software.

Private schools will get some of that money, but it’s unclear how much. Public schools usually have to set aside a portion of federal money for “equitable services” for private school students. The calculation is made based on how many low-income students go to private schools.

But a new rule from the U.S. Department of Education gives school districts the option to distribute the federal money based proportionally on how many district students attend a private school regardless of income. By adding caveats to how the federal money can be used, the department has made it more difficult to choose the option that only funds low-income students and effectively increases how much federal funding a private school can receive, Craven said.

The latter option means Texas’ private schools could potentially get up to $44.2 million in federal funding, while the former would allocate about $5.5 million to private schools — about a more than $38 million difference.

While school districts are still deciding how they’ll share funds, so far most school districts have chosen to distribute them proportionally, said Laura Colangelo, executive director of the Texas Private Schools Association.

Many private schools want to reopen classrooms, administrators said, but several are cutting back the number of students they will admit as they ramp up safety precautions.

In Corpus Christi, the Arlington Heights Christian School, which has enrolled about 180 of its usual 230 kids so far, canceled its football season and morning devotional with students, said head of school Leanne Isom. Parents will also be barred from entering the building after the first two weeks of school.

And the Brentwood Christian School in Austin, which enrolls upwards of 600 students on a 44-acre campus, bought plexiglass dividers and is starting the process of deciding who should wear face shields, said Jay Burcham, the school’s president.

Although it’s not required by law, private school administrators that move forward with in-person classes feel that they have to clear a higher bar for safety precautions than public schools, said Cynthia Marcotte Stamer, a Texas lawyer.

As government entities, public schools have legal protections making it more difficult to sue them. Private schools try to meet or exceed state and federal safety standards — including from the Texas Education Agency, U.S. Centers for Disease Control and Prevention, and their local health departments — to protect students, families, faculty and staff, since they’re more vulnerable to litigation.

While private schools don’t have to adhere to TEA guidances, they have long used them as their baseline standard of care, Colangelo said.

For months, some private school leaders like Olstrup have argued that larger campuses and classroom sizes, smaller enrollment numbers and increased safety precautions uniquely position private schools to safely reopen on a case-by-case basis even if their public counterparts don’t.

Last week, Gov. Greg Abbott and Attorney General Ken Paxton effectively cleared the way for private schools to reopen at will by announcing that local health authorities don’t have the power to issue blanket orders to shut down schools preemptively in anticipation of virus spread.

Under the state’s guidance, local health officials can only intervene if there is an outbreak once students return to campus, at which point they can temporarily shut down a school.

While the exact data won’t be available for months, a May survey conducted by the Texas Private Schools Association projects that private school enrollment will be down about 8% in the state for the upcoming school year, Colangelo said.

Already, at least six private schools in Texas — five Catholic and one independent — have closed down permanently due at least partly to the coronavirus pandemic, according to the CATO Institute, a libertarian think tank.

Switching to fully online classes could cost private schools a chunk of money if parents are unwilling or unable to pay as much for an online education as in-person instruction.

“Most of the time, our parents aren’t going to want to pay us for a 10-month contract if they know they aren’t going to start until the second month of school,” Isom said.

With new safety measures in place, some schools will just barely be able to save themselves from permanent closure, Colangelo said.

“[Schools are] taking a hit for this year’s budget, hoping for next year that there’s a vaccine and they can be back to full speed ahead,” Colangelo said.