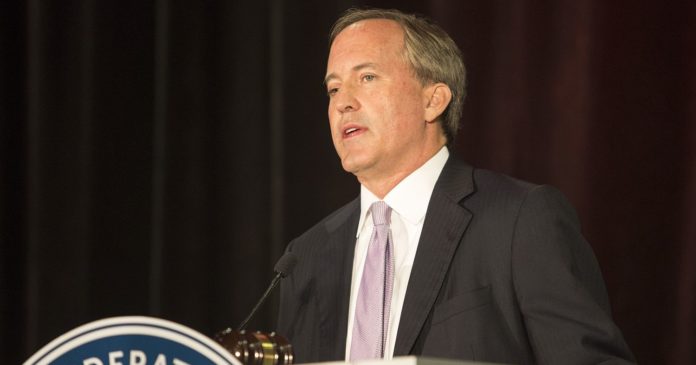 Escalating tensions between Texas state officials and the leaders of some of the state’s biggest cities, Texas Attorney General Ken Paxton‘s office warned officials in Austin, Dallas and San Antonio on Tuesday to roll back “unlawful” local emergency orders that impose stricter coronavirus restrictions than the state has issued — and hinted that there will be lawsuits if they do not.

As he begins to reopen the Texas economy in phases, Gov. Greg Abbott has allowed a statewide stay-at-home order to lapse and certain businesses to reopen at limited capacity — 25% in the state’s urban areas. While businesses have the choice of whether to reopen, Abbott has said cities and municipalities do not: His order supersedes any from local officials who wish to extend strict social distancing protocols and keep their local industries shuttered longer.

But some local officials, whose disagreements with Abbott have hardly disappeared as the state contends with the coronavirus pandemic, have put out orders that are stricter than the state’s, directing individuals to wear masks in public and instructing them to shelter in place.

“We trust you will act quickly to correct these mistakes to avoid further confusion and litigation challenging these unconstitutional and unlawful restrictions,” wrote Ryan Vassar, an attorney for the state, in three similar letters to city and county leaders.

The letter says that local officials had overstepped in restricting which essential businesses could open. In Dallas County, Jenkins declared recently that law offices could not yet open; a San Antonio-area mandate required essential businesses to provide masks to employees. Both are “invalid,” according to the attorney general’s office.

And local orders to shelter in place are “unenforceable,” Paxton’s office argued, because they go beyond Abbott’s requirement, which is merely to minimize social gatherings among people who do not live in the same household.

In Dallas, Austin and San Antonio, public safety orders stated that individuals “shall” cover their faces. Abbott encouraged Texans to wear face masks but did not require it, and said no local authorities could impose civil or criminal penalties against individuals who refused. The attorney general’s office’s letters insisted that local governments did not have the authority to issue any mask requirement, even if they didn’t threaten fines or jail time.

“Your orders purport to strip Texans of their agency,” Vassar wrote. “Although your orders ‘require’ individuals to wear masks when they leave their home, they are free to choose whether to wear one or not.”

Local officials shot back that Paxton’s letters mischaracterize their restrictions, which they said complied with Abbott’s. Jenkins said in a statement that he “intentionally modeled the public health guidelines based on the Governor’s recommendations, never imagining he did not want his own guidelines followed.” San Antonio City Attorney Andy Segovia said the attorney general’s letter labors to “construe inconsistencies where there are none” and “undermines the language of the Governor’s order that allows local officials to facilitate implementation and enforcement.”

Adler said, “Up to this point, we have avoided the naked politicization of the virus crisis. I will not follow the AG down that road.”

The letters also took issue with local restrictions on religious services. State officials have allowed churches, synagogues, mosques and other houses of worship to stay open provided they follow certain guidelines. Local restrictions on Austin’s Travis County went further by stating, for example, that services “should” be provided remotely and any in-person staffing should be limited to no more than 10 people in the room.

The Austin letter also took issue with a local policy that bars religious institutions from discrimination based on sexual orientation in the hiring process.