Home Coronavirus Out in Public Without a Mask? In Some Texas Cities, You Could...
Facebook
Twitter
Email 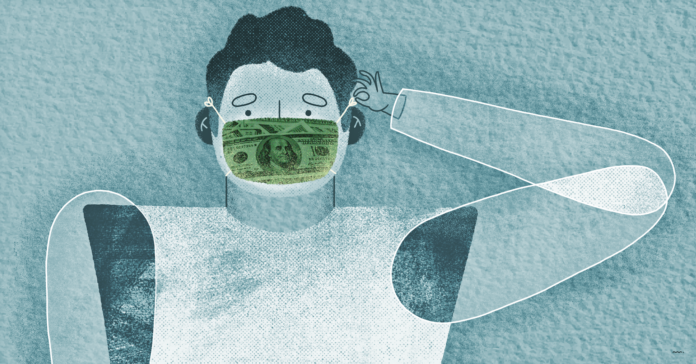 The Centers for Disease Control and Prevention on Friday advised all Americans to wear cloth masks when out in public.

The south Texas border city of Laredo was the first city in Texas to take that advice one step further. Anyone discovered without a mask when in public will face a fine of up to $1,000.

The emergency ordinance that went into effect on April 2 requires that any person over the age of five must wear “some form of covering over their nose and mouth” when in a public space outside the home. Anyone found not to be in accordance with the citywide mandate will be penalized with a Class C misdemeanor.

While many have called into question the municipality’s decision to fine its citizens in the middle of an economic downturn, state officials have said that this decision was an attempt to convey the seriousness of the circumstance.

“We’re not trying to drown people in debt. We’re trying to get a point across,” said city council member Marte Martinez at a special meeting held on March 31. “The point is making it very clear to everyone that as a government body, we think this is important.”

“I’d rather bury them in debt than bury them in a coffin,” said George Altgelt, a fellow city council member.

It is important to note, however, that Laredo’s directions and the CDC’s recommendations do not require people to wear medically appropriate N95 masks, but instead to use a “homemade mask, scarf, bandana, or handkerchief” to comply with the protective measures.

Other Texas cities that have followed Laredo’s lead are:

Due to their dwindling supply in Texas, medical masks approved by the FDA are to be allocated to health care professionals working on the front lines of the pandemic. Instead people are encouraged to wear homemade masks when outside the home in a public space.

Despite Gov. Greg Abbott’s promises of acquiring new masks for the state’s health care professionals, many medical personnel are not seeing equipment coming in.

The increase in demand for face masks has also caused several Texas-based companies and volunteer groups to develop cloth versions to provide to the general public.

In the decision to require masks, Laredo officials cited reports that up to a quarter of those who are infected with COVID-19 remain asymptomatic while contagious. This is a part of how the virus can spread rapidly.

As of Wednesday, 155 people in Laredo tested positive for COVID-19, and six deaths had been attributed to the virus, according to statistics provided by the city.