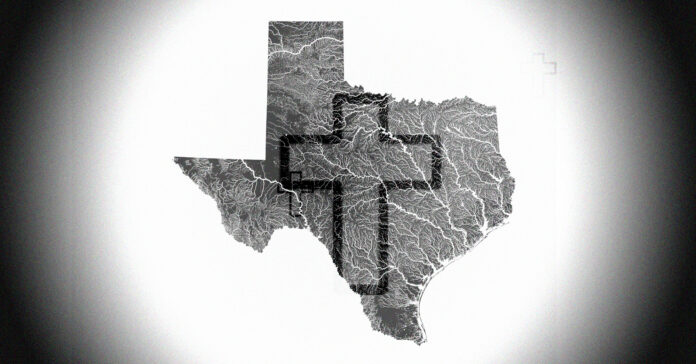 It is almost certain that Texas will surpass California in the number of deaths from COVID-19 by the end of next week despite having 73 percent of the population.

As of Tuesday, the death toll in Texas stood at 72,337. The daily death toll has sharply declined as vaccination rolls out in the state, although Texas remains slightly behind the national average when it comes to vaccination. Eighty percent of the people who died in the month of September in the state were unvaccinated.

By contrast, California’s total death toll on Tuesday was 72,811. With Texas still averaging over 700 deaths a week compared to California’s 525-ish rate, there is little doubt that the Lone Star State will overtake the Golden State.

A look at the numbers shows why. California’s early and enthusiastic adoption of vaccination policies cushioned the state against the ravages of the Delta Variant when it arrived in the summer. In July, California had actually managed at least one day without a single death, though the number climbed back to a peak of 178 in September. It has remained low since.

Texas managed to whittle its daily death toll down to nine people in the same period, but Delta hit much harder because fewer people had been inoculated. By mid-September, daily deaths were just a couple of points shy of the high-water mark from winter 2020. The only thing that can be said for Texas’ death toll is that it is at least declining faster than California’s.

The other thing that happened over 2021 was a dedicated attack on COVID safety measures by Texas Republican leadership. Governor Greg Abbott signed an executive order banning masks, universally seen by medical authorities as a prime weapon in the fight against the spread of the coronavirus. The order has had mixed results, with the governor tied up in court over it and facing revolt from local district attorneys when it comes to enforcement.

Abbott also attempted to ban vaccine mandates in the state in October in response to President Joe Biden issuing orders through the Occupational Safety and Health Administration (OSHA) that all large businesses must vaccinate their workers or have them take regular COVID tests. Previously, Abbott had said that it should be up to businesses whether they want to enforce vaccination or not, but as the matter quickly became a Republican battle cry, he changed course and told companies they could not enforce vaccination.

The executive order does not have any authority over what OSHA and the president order.

Attorney General Ken Paxton has also come out firmly against vaccination and is currently suing the Biden Administration (twice, actually) over the order. Paxton calls the order a “breathtaking abuse of federal power.” He’s not the last prominent Texas Republican to wage a pointless war against the state’s health. Sen. Ted Cruz recently took to social media in order to criticize Sesame Street’s Big Bird for tweeting about his recent immunization as a way to encourage kids to get the shot.

The loudest Republican voices in Texas have spent months railing against the most effective tool for fighting the ongoing COVID infection. It’s little wonder that the state is about to become home to the highest body count.