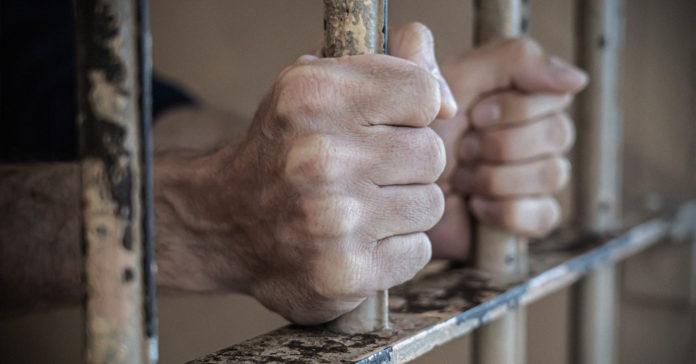 Nearly six months into the pandemic, prisoners in Texas are stuck in a dangerous limbo thanks to the coronavirus. Thousands of prisoners are approved or up for parole but are not being released or are experiencing significant delays in release.

Instead, they’re in limbo, sitting inside lockup where the virus spreads like wildfire.

According to data from the Texas Department of Criminal Justice, more than 18,000 inmates have tested positive for COVID-19, with a little more than 10 percent of those being active cases. So far, 126 have died from presumed COVID-19 cases, some of them while waiting to be released on parole.

David Mains, president of Texas Cure, the state’s oldest inmate advocacy group, explained that in general, a vast majority of TDCJ prisoners will become eligible for parole. He estimated around 19,000 inmates of the total 125,000 prison population in Texas are currently approved but have not been released in Texas.

Still, for those waiting or delayed, the longer they stay in the prisons, the more likely it is that they will contract the virus. For many, they’ve been waiting six months or longer. For others, they are at high risk for serious infection from coronavirus due to age or other complications or illnesses.

In some stories, inmates have passed away while approved for parole but waiting for release, a devastating outcome for their families expecting them.

Over the months of the pandemic, Texas has seen more state prisoners die with the virus than any other state prison system in America, second only to the federal system with only four fewer deaths, according to data from the Marshall Project.

Mains said although TDCJ is equipped with policies and plans to handle outbreaks — like 2010’s H1N1 outbreak, or even the seasonal flu — this is an unprecedented situation. His opinion is that parole with a mandatory house arrest for two weeks is actually the best and safest option for prisoners approved for it — not just from a public health perspective, but also from a reintegration perspective.

“The health care system in any prison system is always taxed. You’ll never have the quality of care that you do in the outside world. Prisons are a filthy environment, that’s just a reality no matter how much they clean,” Mains said. “One thing we do know about people on parole is the biggest problem they run into is that they try to make up for all their life’s lost time as soon as they get out. It’s always encouraged and suggested in general, that newly paroled inmates don’t leave the house right away. Establish the basics, set a routine, get used to being in the free world again, and don’t socialize. Combined with a pandemic, house arrest would be better for both things: making sure they quarantine and for reintegration.”

Mains said a solution to this could be that inmates are isolated for two weeks prior to release, and then tested immediately before leaving. But, issues with transport and limited testing availability complicate that. Of the 104 units in the TDCJ system, Mains says there is only testing capability at three.

The other issue that makes the process of parole and release complicated is the confusing nature of the parole approval system itself. Inmates eligible for parole are sometimes given a number status, called an FI number, that indicates if they can be immediately released or if they can be released after they fulfill certain requirements. This can include doing a rehabilitative, behavioral, or cognitive intervention program, like a drug or alcohol rehab, sex offender treatment programs, or lifeskills programs.

But during a pandemic, all of that has been shut down. Transport to different units to complete the programs has been backed up for months and is just now catching up, Mains said.

“The only person who can change the condition of parole is the parole board,” Mains said. “Within the rehabilitative programming division, every one of those courses they could do online. We could be releasing a lot more people a lot sooner.”

The other confusing part of the parole process is which status an inmate receives. There’s not always a clear reason.

One inmate who has done 33 years could get an FI-1 status, which means immediate release. An inmate with the same history and circumstances could get an FI-3R status which delays their parole for three months and not until they have completed an assigned program. There’s no way to figure out why that happens, although they are supposed to factor in things like criminal history and the nature of crime, the age of the candidate, all these static and dynamic factors.

There are FI statuses that go up to 18 month programs, and prisoners aren’t allowed to sign up for the programs voluntarily.

Changing some of those rules, such as allowing voluntary signups and extending the eligibility time for a program could do a lot to ease the uncertainty around parole during the pandemic and why prisoners aren’t being released, Mains said.

Mains emphasized that the TDCJ system has made some improvements during the pandemic, including working with groups like Texas Cure to implement ideas for the inmates’ benefit. Units have started releasing inmates directly from their unit instead of transporting them to a regional facility, which is a first, Mains said.

They’ve also equipped families with a parole hotline, where family members expecting someone to be released can call the day before and the morning of to make sure everything will happen as planned, saving a lot of unnecessary travel or heartache if there is a delay. Families can call the hotline at 877-887-6151.

But until things start to drastically improve, Mains — and other advocacy groups like the Texas Inmates Families Association or the Texas Jail Project, which works to advocate for specific cases — believe there could be a lot more heartache and complication to come.

“There was two ways to go,” said Jorge Renaud, southwest regional director of policy and advocacy for LatinoJustice, another advocacy group, in an interview with the Texas Tribune. “Either kick everybody out who is on parole … or not let anybody go and not take anybody in and hope that little by little that the disease would just wear itself out, that it would just burn out. Some of these people were eligible [for release] months and months and months ago, and they’re still there. They are putting these people at risk unnecessarily.”