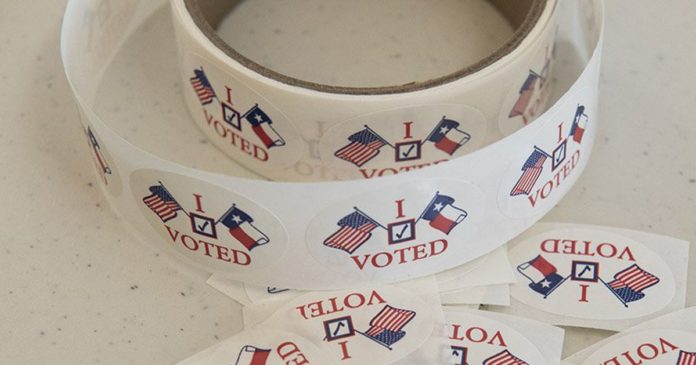 If the primary runoff elections are a test run for November, cracks are becoming apparent in the state’s voting system as it struggles to function under the strain of rampant coronavirus spread.

Early voting is over, and Tuesday is election day in Texas for the low-turnout contests to finalize party nominations for the November general election. In-person voting has generally run smoothly in early balloting, in large part because only a small sliver of registered voters have shown up. But people trying to vote by mail, turning to what’s typically a lightly used system to avoid the risks of human contact at polling places, have faced a host of hurdles and challenges that may foreshadow greater disarray come November. The problems are most pronounced for voters with disabilities.

Angela Wolf, who is blind, tried to vote by mail instead of showing up at an Austin polling place to use an accessible machine like she has in the past. Her application came up mislabeled when she ran it through a screen reader meant to help her fill it out. It’s likely she won’t be able to independently mark up her paper ballot. A single mom with small children, she’ll have to break their isolation bubble to get sighted assistance from an adult.

Lisa Jackson felt a personal responsibility to avoid potentially exposing poll workers and fellow voters in Comal County while she waited last week to learn if she had been infected with the virus. After a series of calls, the marketing professional learned her only options were to vote curbside or submit an emergency application for a mail-in ballot. The first still felt too risky for the poll worker; the latter required a signature from her doctor and finding someone willing to pick up and then deliver her ballot while she remained quarantined.

In the small East Texas town of Henderson, Rodney Vallantyne — who has been strictly isolating at home — sought to vote by mail but had no idea how to go about getting a ballot until receiving a link to the application from a reporter. It’s not easy for the 60-year-old to get around; he has a rare form of dystonia and deals with chronic pain. He managed to get his application turned in but then had to consider how to get a stamp in a short time frame. He went as far as calling the local post office hoping it would allow him to leave his ballot in his mailbox with a separate envelope containing the exact loose change needed to cover postage.A postal worker agreed to take care of it for him.

“I really took [it] for granted thinking, ‘Oh, yeah, we have accessible voting in Texas.’ Well that is half true,” said Wolf,who teaches at the Texas School for the Blind and Visually Impaired. “There are people with multiple disabilities who have the right to vote, but it’s not accessible.”

In Travis County, about 4,600 voters — some with disabilities, some 65 and older, many of them drawn to vote by mail for the first time during the pandemic — incorrectly filled out their applications to vote by mail for the runoff. They were seemingly tripped up by a series of checkboxes offering separate options to request ballots for all elections in the calendar year, for a party primary and for a runoff. Thousands of voters indicated they wanted a ballot but left unmarked either the runoff box or the one indicating their party. Now, unless they’re willing to vote in person, some will be shut out of their party runoffs.

“It’s the fault of the form,” said Travis County Clerk Dana DeBeauvoir. “The form didn’t say anything about primary runoff and which ballot to ask for, and voters improvised.”

In an era of forced isolation, the accessibility void and information gap surrounding mail-in voting — a practice with strict eligibility criteria that’s typically used by just a small share of the Texas electorate — have translated into electoral barriers for many in the state as more voters seek out the option.

Since the new coronavirus emerged as a threat to Texas voters, the state has been embroiled in a fight over how to safeguard the right to vote during the pandemic. Texas Democrats and civil rights advocates have been unsuccessful in expanding who can qualify for a ballot they can fill out at home and mail in, losing out to Republican leaders’ opposition in court. That’s left existing rules in place for voters who are 65 and older, those who cite a disability or an illness, and those who will be out of the county they’re registered in during the election period.

But in fielding calls through their voter rights hotline, advocates with Disability Rights Texas say they’ve heard from a crush of voters with disabilities in the last month — some of whom have even voted by mail before — who were confused as to whether they still qualified.

For voters like Wolf with visual impairments, advocates have also been trying to decipher how to guide them through filling out a ballot at home, which requires them to mark it up and sign the flap of the ballot envelope or find a witness to sign it for them. In processing mail-in ballots, a committee of local election officials reviews that endorsement to make sure it matches the signature a voter used on their application to vote by mail.

(That signature verification process is the subject of a federal lawsuit against the state in which plaintiffs allege it is unconstitutional and in violation of federal protections for people with disabilities.)

For those seeking guidance on voting during the pandemic, a review of county election websites by Disability Rights Texas also found that a majority didn’t meet basic accessibility functions. Those are just some examples of how the pandemic has exacerbated the hurdles voters with disabilities must overcome to exercise their basic right to vote, said Molly Broadway, a voting rights training specialist for Disability Rights Texas.

“If anything, this experience has provided a time to really understand what voters with disabilities are going through on a regular basis,” Broadway said. “This isn’t just a pandemic for them. This is every time theres an election.”

Just more than a million voters cast ballots in person or by mail during early voting — a turnout rate of about 6.5% of the state’s nearly 16.4 million registered voters.

While mail-in expansion efforts have been foiled, some counties have still reported a sizable increase in the number of voters applying to vote by mail. In some cases, that was by design. For example, officials in Harris County opted to preemptively send applications for mail-in ballots to all of the voters on their rolls who are 65 and older instead of waiting for voters to request them.

But amid a surge in voters navigating the mail-in system for the first time, Travis County has been grappling with a workaround for voters who filled out their ballots incorrectly. For some, that may ultimately mean voting in person to participate in the runoff.

Among those voters is Austin resident Chuck Russell, a retiree who voted in person during the March primary election but hoped to avoid visiting a polling place during the pandemic. He knew he qualified for a mail-in ballot because he’s over 65, but still had to work through several obstacles.

First, he mistakenly believed he could apply online. (He had actually gone through the Texas Democratic Party’s portal to fill out an application that would be mailed to him for his signature.) Once he found the hard copy in his mailbox, he had just two days to get it to the Travis County Clerk’s Office on the deadline day to receive applications. But a week later, he still hadn’t received the ballot in the mail. Russell began to worry if he’d get it in time to drop it in the mail by election day and considered whether to vote in person before the early voting period ended. (To do so, he’d need to surrender the mailed ballot he hadn’t yet received or cast a provisional ballot that wouldn’t be counted until officials certified he didn’t also vote by mail.)

“[I] would probably have to go to a voting location to vote in person on Tuesday, which I was trying to avoid in the first place,” Russell wrote in an email Thursday evening. “Would have been better off not even requesting a mail in ballot and just did early voting like I usually do.”