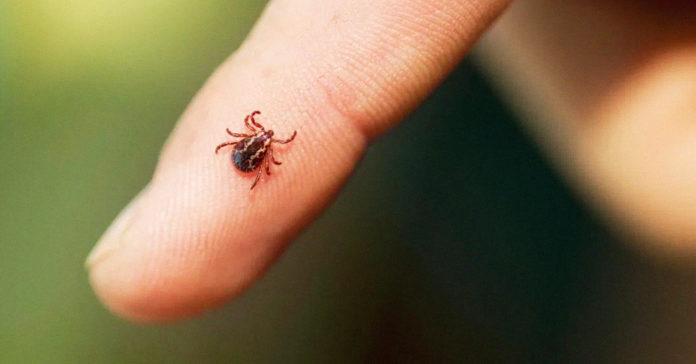 If you’re heading out to enjoy the summer and early fall days or looking ahead to deer hunting season in Texas, keep this in mind: Ticks and Lyme disease are expected to be more prevalent this year. Making matters worse is the fact that Lyme disease and COVID-19 symptoms are very similar.

New research from a survey of tick-management programs shows a prevalence of Lyme disease and other tick-borne illnesses has steadily increased in the United States over the last 20 years.

But experts say the risks of catching a bacteria that can cause Lyme disease shouldn’t keep you from enjoying a camping trip or a hike, which can be great ways to travel while social distancing.

There are a lot of misconceptions and controversy about Lyme disease. The symptoms often mimic the symptoms of many other infections.

Instead, Taylor said he believes the best starting place to protect from Lyme is simple: a healthy immune system.

“Just having an infection with one of these germs is not that rare and it’s not always associated with symptoms of disease,” he said. “Just because you have this infection doesn’t mean you’ll be sick, but if you combine that with other infections, like COVID-19, going on in your immune system, then you can have devastating disease.”

Education about these infections combined with awareness of other things in your everyday life that make you more vulnerable to infection “will go a long way in peace of mind and protection,” Taylor said.

Ticks and Lyme aren’t the only concern because other insects can be carriers of bacteria. A bite from a “kissing bug,” which migrates to Texas from Mexico, can cause Chagas disease. The lone star tick can cause STARI (southern tick associated rash illness), which also has similar symptoms to Lyme.

“One misconception about Lyme is that the presence of a bullseye rash is a key symptom, but only 30-40 percent of patients with Lyme may show that rash. A hallmark symptom of Lyme is fatigue, but that could also be a hallmark symptom of coronavirus,” Taylor said. “So symptoms are a hard way to say definitively what kind of infection it is or where you got it or even how to treat it. That’s why a strong immune system is so helpful.”

Elimination of toxins — and understanding where they are — as much as possible will go a long way in keeping your immune system healthy. Glyphosate, for example, is an extremely common chemical found in RoundUp. No one has a zero level of glyphosate because it is so commonly sprayed on crops: it’s in the air, water and food.

Having enough Vitamin D can also help stave off infections. Nutritional deficiency and human-made toxins in the community that interfere with your immune system are way more common as predisposing factors that might make it easier for you to get sick from one of these bacterias, according to Taylor.

There are many state parks and wooded areas in Texas where you might encounter the black legged tick, which is commonly called the deer tick and most often associated with Lyme, so always protect yourself when going out into the woods or any area where you might find ticks or fleas.

“Some people use spray repellents like Deet, and wear long socks or sleeves. A great thing to do as well is to immediately check your body when you come inside, in areas like the groin, armpits, or around the belt. Sometimes you may not find an actual tick, but you could have had a nymph (baby) tick on you,” said Taylor.

The babies are so small you can miss them if you are not careful.

If you know you’ve had a tick bite, consider seeing a doctor for a brief course of antibiotics to prevent it from becoming established, because you have a window of time where you can kill it before the bacteria becomes entrenched in your body.

Practical advice, education, and overall health are all really important factors in staving off infection, whether it’s Lyme or COVID-19. But one thing not to forget about, Taylor said, is your mind.

“The function of the immune system is very dependent on your frame of mind,” Taylor said. “Fear can weaken the immune system in physical ways. During the coronavirus pandemic, there’s been such a ‘fabric of fear’ blanketing everything. I see it playing out in immune depression in my patients, where they are in a place of fight or flight. The first thing you can do — right now! — to make your immune system stronger? Take a deep breath, go sit in the sunshine, and maybe turn off the news for a bit. You’ll be surprised how much that will help.”