Home Coronavirus Vaccine Passport, What Is It And Can It Be a Reality Soon...
Facebook
Twitter
Email 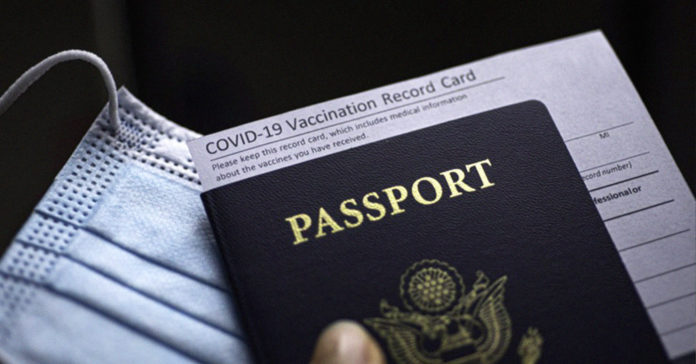 Last month CNN reported that New York became the first state in the U.S. to roll out a digital vaccine passport or verification app through IBM’s Excelsior Pass app.

Here’s more on The Excelsior Pass program that allows users to create digital credentials based on their COVID-19 vaccination status.  You may be wondering about Texas?

Although an Executive Order filed on April 5 by Governor Greg Abbott prohibits government-mandated vaccine passports in Texas and means Texas has banned businesses from requiring vaccination certificates and the requirement of a digital vaccine passport, here is what we know so far about the development of digital passports that are in the works.

While scanning a QR code on your phone before entering a sporting event or activity to verify COVID-19 vaccination could become a reality in some states and cities, proving vaccination and new tools for electronic vaccination verification isn’t new.

For example, The World Health Organization (WHO) established the International Certification of Vaccination over 50 years ago. Proving vaccination also isn’t a new thing, in the U.S. every year children prove vaccination when they enroll in school, by providing current vaccination data to show vaccination for diseases such as mumps, measles, rubella (MMR), and more.

A digital passport is similar to a piece of paper but has been considered by experts to be “more private” and “more sophisticated, NBC News reported in early April.

While there may not be a national vaccination verification app in the U.S. other countries already have tech-savvy verification methods in place, such as Denmark, China, and Japan. Experts say using your phone or a mobile device to show electronic vaccination verification could be a common thing for air travel and also for crowded spaces such as theaters and sporting venues, according to the New York Times.

Salesforce, Microsoft, Oracle, Cerner, Epic Systems, the Mayo Clinic, and Walmart have partnered with The Vaccine Credential Initiative, which brings together companies and organizations who are thriving toward the creation of digital records, and are “committed to empowering individuals with access to a trustworthy and verifiable copy of their vaccination records in digital or paper form using open interoperable standards.”

Paul Meyer, CEO of The Commons Project, a nonprofit that has developed the technology being used by Walmart and some airlines said, “What it really is, is putting health data in a security digital envelope,” NBC News reported.

In a COVID- landscape where it is normal to ask a date, a coworker, or guests at a wedding if they have been vaccinated, it could become the norm to share digital health apps.

“Walmart is the first huge-scale administrator of vaccines that is committing to giving people a secure, verifiable record of their vaccinations,” Meyer told The New York Times in March.

Digital vaccine certificates could also be available from stores such as Walgreens and Winn-Dixie as well.

A health passport app has also caused concerns about privacy. Experts say the digital option could create a lot more issues, and gaining trust could be the next challenge to tackle.

Meanwhile, Steve LaFleche, the general manager of IBM Public and Federal Markets, said that New York’s digital passport relies on a “flexible and accessible tool that places security and privacy at its core.” CNN reported.