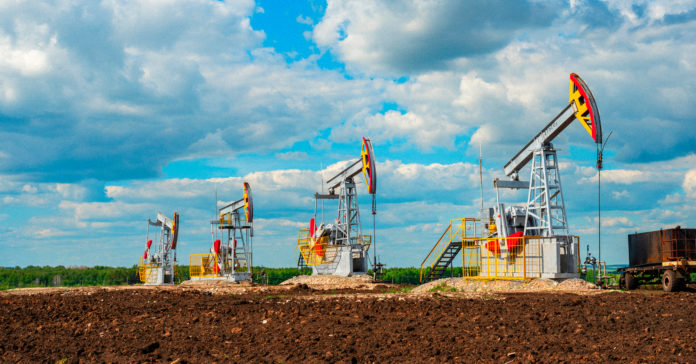 The Texas watchdog group Public Citizen and two Texas landowners are suing the Texas Railroad Commission, the state agency charged with regulating the oil and gas industry, for illegally suspending state rules that protect public health and the environment.

The case stems from a May 5 hearing in which the commission suspended four oil and gas industry rules that require the industry to plug oil wells and remediate oil and gas waste pits within a year of ceasing operations. The rules also require fees and surcharges on certain industry practices and allow for storage of oil and gas only in underground salt formations.

Because of the commission’s illegal action, these rules are now effectively repealed, resulting in untold harm to the environment and public health in Texas, according to a Public Citizen news release issued Thursday.

“Why is giving handouts to polluters a priority during a pandemic?” said Adrian Shelley, director of Public Citizen’s Texas office. “While Texans are preoccupied with COVID-19, the Railroad Commission waived rules for oil and gas drillers. Low demand for oil and gas has some experts predicting bankruptcies. This is the wrong time to waive requirements to clean up waste pits and inactive wells. If companies are let off the hook and don’t clean up their messes, taxpayers will.”

Shelley’s group alleges the commission skirted numerous Texas laws, including those regarding emergency rulemaking as well as the Texas Open Meetings Act and Administrative Procedure Act.

The lawsuit seeks to reverse the suspensions of the rules and law, repost the proposed action, solicit and accept public comments, and hold public hearings on the impact of these changes.

Molly Rooke, one of the plaintiffs, is an owner of an old family ranch near Refugio in coastal Texas. She claims to have tried — without success — to get the commission to cap and fully remediate the area around a blown-out oil well, which was leaking chemicals into the air and onto nearby wetlands.

“When I saw the blowout, I tried to stand upwind because the cloud spewing from the well smelled like volatile chemicals,” Rooke said. “We called the Railroad Commission, but until the media got involved, they did nothing. They finally came out and did a temporary shut-in, but that was before the suspension orders in May. Now, I wonder if they will do anything more at all.”

Hugh Fitzsimons, another plaintiff, is part-owner of a buffalo ranch in Dimmit County on the Texas border and a member of the local groundwater conservation board. He claims to have more than 100 wells that need to be plugged.

“The suspension of well plugging by the Texas Railroad Commission is reckless and irresponsible,” Fitzsimons said. “It is a simple and irrefutable fact that once your water is contaminated you have no ranch.”

“These legal, emergency actions protect the Texas Miracle while ensuring the environment is protected,” Railroad Commission Chairman Wayne Christian said in a statement provided to the Houston Chronicle. “This complaint is no more than a proxy for fringe extremists to advance their goal of eliminating the domestic production of fossil fuels, a move that would kill 3.2 million jobs, increase energy and gasoline costs by $2,500 a year for American families, and cost Texas $1.5 trillion in GDP between 2021-2025.”