Home Coronavirus Will It Be Safe for the Texas Legislature to Meet in January?
Facebook
Twitter
Email 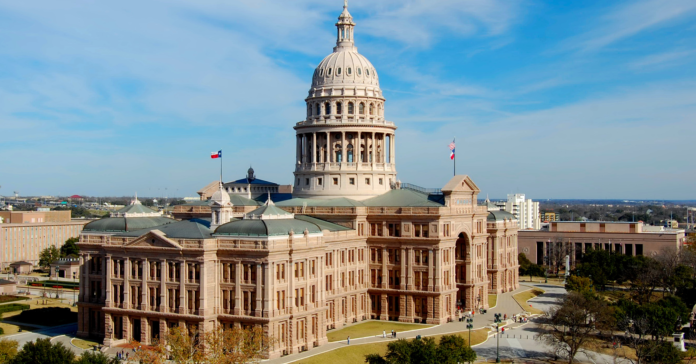 Texas legislators will be gathering in person this January for the next session of the Texas Legislature. But will it be safe to do so?

Last week, Michigan closed its capitol and canceled its legislative session. This came after masked gunmen with assault rifles made international headlines in April for storming the capitol doors, trying to get inside to protest the state’s shutdown order.

And despite many Michiganders saying that the protestors — decked out in swastika posters and confederate flags — only represent one perspective of the state’s residents, the incident still raises concerns for other states that are several months away from their own legislative sessions.

Already protestors have gathered in Texas to call for an end to COVID-19 social restrictions or to represent their views on a potential vaccine.

Could what happened in Michigan happen here?

One Texas political analyst says it’s not time to worry yet.

“One key thing for Texas is time,” Vice President for National Initiatives at the Texas Public Policy Foundation Chuck DeVore said. “The legislative session isn’t going to meet until January, which puts quite a bit of distance between the inflammatory feelings protesters may be feeling about the restrictions. As we see the outcomes of this and decisions continue to be made, they’ll have a lot of time to digest things.”

DeVore said factors like the reliance of Michigan’s economy on manufacturing and the subsequent consequences of shutting down the state, the state’s unemployment rates, and the health impact of the virus could have created a stronger pain point for Michigan citizens, causing more intense protests.

Texas’ unemployment rate is 12.8 percent. Michigan’s is almost double that, at more than 22 percent, making it among the highest in the country.

In addition to having the third-highest coronavirus death toll in the nation, Michigan also has the country’s highest death rate. More than 9% of people who’ve tested positive for COVID-19 in Michigan have died, almost a full percentage point higher than the next closest state.

The death rate per one hundred thousand people in Michigan is 10 times what it is in Texas, according to DeVore, who analyzes data about the economy and how energy, tax, and regulatory policies influence general prosperity.

“You have to consider the economic effect of the shutdown on Michigan vs. Texas. Michigan is one of the hardest-hit states from an economic and health perspective in the nation,” DeVore said. “Michiganders are understandably feeling a lot of pain from the shutdown because their unemployment rate is so much higher than many of the other largest states in the US. It’s one thing to have a statewide shutdown and still be able to work from home, which you can see in a state like Texas who hasn’t experienced as high of unemployment rates. But if you work in manufacturing, there’s no way you can do your job at home. You’re seeing the result of them feeling those pain points in their protests.”

Putting into perspective the ability of a state’s citizens to work from home and still get paid, and the public health damage in the state, and how citizens might feel as those consequences continue are factors that will help Texas legislators make informed decisions about the safety of holding a session in the future.

DeVore said that shutting down a legislative session or even holding one virtually would be complex to navigate.

“If you look back at history, a lot of things have changed when it comes to the safety of a legislative session,” DeVore said. “After incidents like the armed Black Panthers invading the California capitol in 1967, laws surrounding guns in the capitol obviously changed. But from a lawmaker’s perspective, there are legal and constitutional expectations of legislators that have to be upheld.”

He emphasized that making a legislative session accessible and approachable — if it is virtual, by both recorded and online broadcast — helps citizens understand what’s happening in their state, and allows them the opportunity for lobbying, an essential part of the legislative session.

“A key aspect of representatives doing their job is upholding a need for the public to see what is going on in the capitol and understand how their legislators are representing them,” DeVore said. “Without that, you could have angry citizens feeling a pain point with limited options on how they can see change, especially if they live far away from the capital and can’t go in person.”