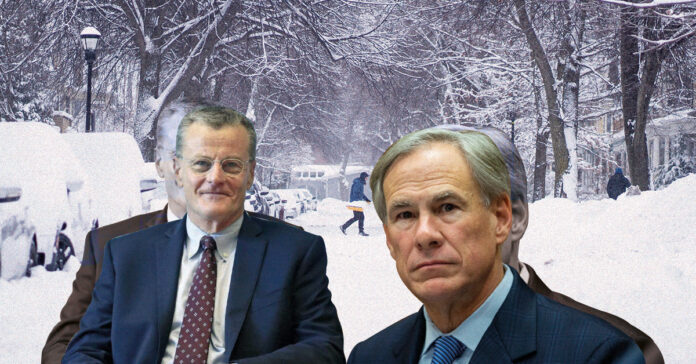 Bill Magness, the former CEO of the Electric Reliability Council of Texas, testified this Wednesday that he was following Governor Greg Abbott’s instructions when he ordered power prices to stay at the maximum price cap for days on end during last year’s unprecedented winter storm and blackout, racking up billions of dollars in bills for power companies.

The former head of the Texas power grid also added that even when power plants were starting to restore, former Public Utility Commission Chairman DeAnn Walker confirmed to him that the governor wanted ERCOT to do whatever was necessary to prevent any kind of blackout.

“She told me the governor had conveyed to her if we emerged from rotating outages it was imperative they not resume,” Magness said in his testimony. “We needed to do what we needed to do to make it happen.”

At the time power prices were kept at the maximum cap of $9,000 per megawatt-hour, more than 150 times normal prices. The surge lasted for more than 24 hours. Allegedly, the decision was made to encourage large power users to remain offline.

ERCOT’s decision to keep prices at the cap until Feb. 19, was heavily criticized by the Texas Independent Market Monitor, calling them out for exceeding “the mandate of the Commission.”

Magness was eventually fired, still, he maintains that he made the necessary decisions for keeping the grid online and preventing more blackouts that could have easily lasted for months.