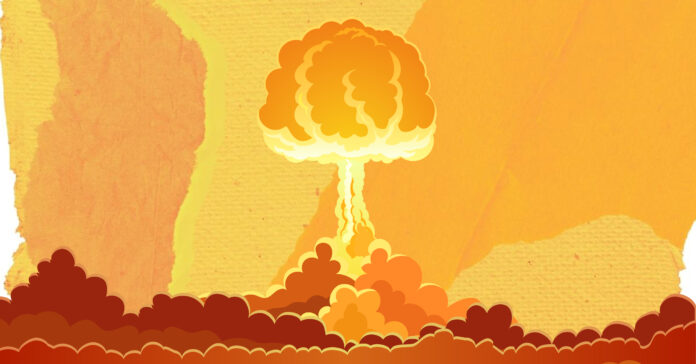 Last week, a missile landed in Przewodów, a small town on the border between Poland and Ukraine. The missile killed two farmers and caused the outrage of the Polish Government, which evoked NATO’s agreement that assured that an attack on one of its members means that the other members will be forced to intervene.

The missile strike was a direct consequence of Russia’s invasion of Ukraine but although at first it wasn’t clear who was to blame, everything indicated that it was a Ukrainian interceptor fired at a Russian missile. If instead, a Russian missile was responsible for the two Polish deaths, things might have escalated very very quickly.

Kelsey D. Atherton, a military-technology journalist based in Albuquerque, New Mexico, wrote a piece for The Atlantic explaining how close is our world to a nuclear war.

Atherton explains that nuclear arsenals create a shared sense of vulnerability among the leaders of nuclear-armed nations. Russia is the nation with the largest nuclear arsenal in the world and NATO has among its members other nuclear superpowers like the United States, Great Britain, and France. This nuclear fear is the reason why Biden’s administration has refused to take more aggressive measures against Russia. Biden’s refusal to create a no-fly zone over the country is just an example of that.

Nuclear weapons are unique among military technology because of the scale at which they cause harm, and how that harm inevitably falls on civilians, but of course, this is not the first time the world has lived under the threat of nuclear war. But Atherton points out that a nuclear war between NATO and Russia is very unlikely.