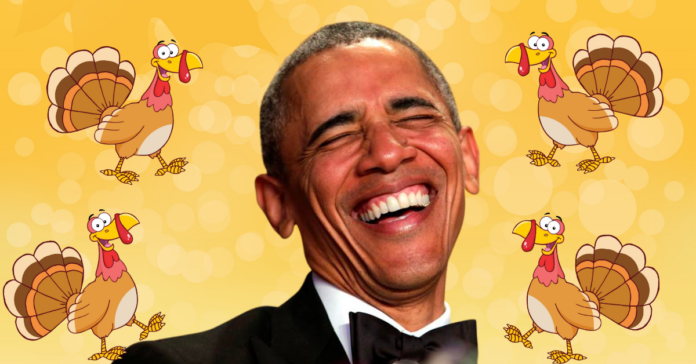 It’s everyone’s favorite time of the year again, the day to stuff ourselves with a delicious turkey dinner accompanied by pumpkin pie, pecan pie, apple pie, mashed potatoes, gravy, and maybe even some cranberry sauce. But while many may not believe it, Thanksgiving day is not only about food and being thankful. It is also the day that the president pardons a turkey and keeps it from being sent to someone’s table.

The first documented turkey pardon was given by President John F. Kennedy in 1963, the tradition has been passed on to every president since then, but during the Obama administration, the President decided to add a little personal touch to it, making “dad jokes” on every occasion.

While President Obama’s time at the white house may be over, that didn’t stop him from tweeting out a compilation of all of his funny remarks during the ceremony, calling them a “cornucopia of dad jokes”.