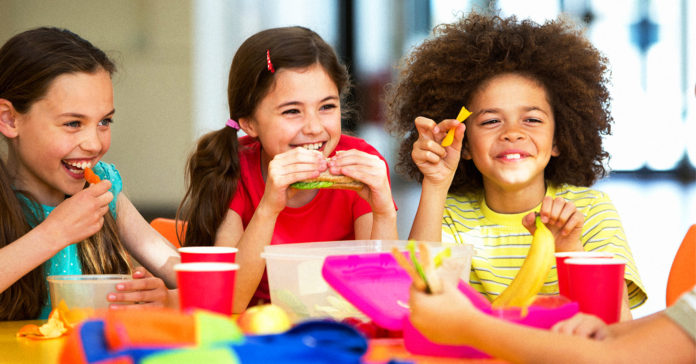 In 2017, when State Rep. Helen Giddings (D-Desoto) held up a piece of yellow cheese as an example of lunch given or taken away to students who lack the money to pay for their lunch at school in the Dallas area, it was a slice of life back into the purpose of her bill aimed to stop “lunch shaming.”

After her original bill died on the House floor, Rep. Giddings grabbed her bootstraps and continued with her on-going efforts to prevent school lunch shaming toward students who struggle to pay for their lunch. Rep. Giddings’ voice for anti-lunch shaming led to an amendment of Senate Bill 1566, and fundraising efforts with Feeding Texas, a statewide association of food banks. They created a donation page to pay off school lunch debt and Rep. Giddings said at the time, “It is our hope, it is our goal to raise enough money that any school has a deficit we will be able to take care of it with this fund.” They raised over $200,000 together for unpaid school lunch debt. So here’s a look at where anti-lunch shaming efforts and school debt meet.

The U.S. Department of Agriculture program administers 12 federal child and special nutrition programs for the State of Texas. In the 2018-2019 school year there were 551 million lunches served in Texas public schools.

Angela Olige, TDA’s Assistant Commissioner for Food and Nutrition told Reform Austin, “The Department of Agriculture strives daily to ensure all students can receive the vital nutrition needed to realize their fullest potential.”

“Growing healthy Texans requires available and good nutrition that allows our students to concentrate in the classroom, reduces learning disruptions and puts students on a pathway to lifelong success. Ensuring program operators understand the federal regulations and are supported in successfully meeting children’s nutritional needs is a key component in ensuring school districts succeed in the cafeteria and the classroom. Our children are our greatest asset and by preparing them for success, we are preparing for a bright future for our communities and economy.”

When it comes to solving the problem of lunch debt in Texas, Olige says, “The strategies to avoid and reduce lunch debt are considered and developed at the local level. TDA provides detailed guidance and a variety of resources to assist districts to understand the laws and regulations as well as best practices for handling meal debt.”

The grace period and policies for students who have no more money in their meal accounts varies by district and city in Texas (when to send a letter to parents or charge their account after a negative balance or offering alternative meals) and schools create an unpaid meal policy to define what happens when a student is unable to pay for a meal.

Fundraising To Lessen Lunch Debt on the Rise

In Texas, crowdfunding and fundraising for lunch debt is on the rise and students are getting involved. This past December, Reform Austin reported that over $10,000 was raised to pay off the Austin Independent School District’s debt after an eighth grader held concern for his fellow classmates. Also in December 2019, Oak Ridge Elementary in Houston received an anonymous lunch debt donation for all school lunch debt, paying off $1,400 from 650 meals. GoFundMe campaigns acting as lunch angels, with goals to set lunch balances to zero are happening across Texas, including in San Antonio where lunch debt was reported to be $28,000 in November 2019. This month an even larger axe to lunch debt was made in Killeen, TX where over 50% of students receive free or reduced lunch, as a non-profit organization helped pay off $130,000 in debt. The clearing of the lunch debt movement in Texas means schools are spreading awareness that they need help paying off their lunch debt on their website pages and fundraising platforms.

Texas Students and the Need for More Than School Lunch

Back to the need for breakfast and lunch programs for students in Texas and it extends beyond the school day. While debt is on the minds of Texans, so is the need for meal programs when school isn’t in session. In Houston during this past winter break, a handful of Houston ISD schools served breakfast and lunch. Last year during the 2018 and 2019 school year, in Texas’ largest district, over 280 schools qualified to provide all students, no matter their family income, three meals a day, under USDA’s Community Eligibility Program. The Dallas Independent School District also feeds all their students for free. According to the Food Research & Action Center, across Texas, the ratio of participation between students who receive free or reduced lunch and afterschool suppers is 8.5%.

Anneliese Tanner, Austin ISD Executive Director of Food Service and Warehouse Operations,  told Reform Austin, “Our mission at Austin ISD is to support the achievement of all students by expanding food access, serving healthy, tasty meals, and providing learning opportunities about nutrition, cultural foodways and the food system. Breakfast and lunch is available to all 80,000 students across the district each day.  Many campuses also provide meals outside of the school day through after school and summer programming.”

Austin ISD serves around 75,000 meals per day across the district, according to Tanner.

Betti Wiggins, Houston ISD’s Officer of Nutrition Services told Reform Austin, “Houston ISD is committed to providing our students with as many opportunities as possible to receive complete, healthy meals. The USDA’s Community Eligibility Program allows us to remove roadblocks to access to healthy meals for many of our students. It also empowers our Nutrition Services Department to grow our meal programs in a way that better serves our families.”

Reflecting the anti-“lunch shaming” legislation that sparked conversation about feeding all children in the cafeteria’s across Texas, Celia Cole the CEO of Feeding Texas, told Reform Austin, “Rep. Giddings efforts to pass legislation and secure funds to prevent lunch shaming were critical to raising awareness of the problem in Texas. Her good work helped to spur legislation at the federal level that would end lunch shaming for good. The Universal School Meals Act would prohibit schools from denying meals to kids, reimburse schools for any delinquent school meal debt, and provide free meals to kids in child care, school, after school  and during the summer, regardless of family income.”