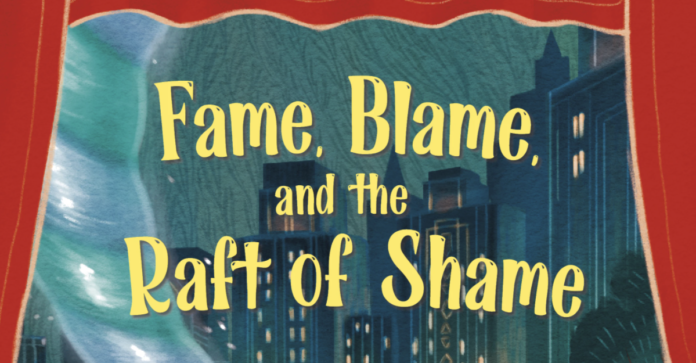 Rep. Dan Crenshaw — who has called for Olympic Athletes who protest during the national anthem to be kicked off the team — has written a children’s book about the dangers of ‘cancel culture’ and ‘wokeness.”

The book, entitled Fame, Blame and the Raft of Shame, purports to “teach youth about the dangers of cancel culture,” and to compete with “left-wing” and “woke” books written for children.

In a tweet promoting the book, Crenshaw’s publisher, BRAVE Books, said, “Kids should be taught to learn from their mistakes – NOT be canceled for them. It’s time to teach our kids to be BRAVE and stand up to cancel culture.”

The book is reportedly set in an underwater city protected by a massive dome of seaweed. The protective dome begins to crack as citizens are banished from the city for various insensitive transgressions on ‘rafts of shame’ through the seaweed, which begins to crack from these apparent acts of ‘canceling.’

“While today’s culture presents canceling others’ opinions as the solution to their problems, they don’t realize that a culture of canceling eventually cancels culture entirely,” according to the book’s online summary. Perhaps the book can take the place of Jerry Craft’s books in the Katy, Texas school district that was ‘canceled’ for allegedly promoting ‘critical race theory.’ Or maybe Rep. Crenshaw can speak about it at the Bullock Museum, which ‘canceled’ a talk with the authors of a book that dared to question the mythology about the Alamo.  Or maybe some politicians profess to hate ‘cancel culture,’ except when they’re doing the canceling.