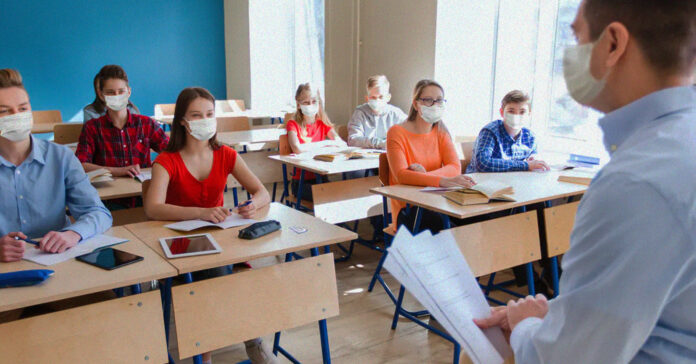 The term “critical race theory” has become both a new boogeyman on the right and a misidentified idea on the left. Even as states like Texas rush to ban the teaching of it in schools and excise books about it from libraries, there is still a lot of confusion.

CRT is a legal theory dating back to the 1980s and Harvard Law School. Professor Derrick Bell resigned in protest over the school’s lack of diversity and later went on to teach courses at the University of Oregon that encouraged students to look at laws through a racial lens. The theory helps scholars view legal frameworks as seen by marginalized people, who often do not fare as well as whites due to institutional bigotry.

But what is it really?

The term has lost most of its original meaning in the current scandal. Progressives have umbrella’d a lot of different ideas under the CRT label, such as expanding the teaching of history to include the role white supremacy played in the Texas Revolution and more accurately discussing how bigotry has been used to shore up abuses of capitalism. In general, these positions are supported by a greater understanding of history and social studies.

Conversely, the reactionary right-wing has latched onto CRT as a nebulous collection of positions considered anti-white, anti-Christian, anti-straight, and communist. In Texas, it’s become common for school board meetings to be stormed by angry community members who scream at board members. It’s culminated in a new law, HB 3979, that bans an extensive list of subjects. These include anything that indicated racism is a fundamental part of society, anything that makes a student feel bad over oppressions their demographic may have committed, and anything controversial that does not present equal points of view. That lead to an incident in Southlake where an administrator worried about teachers having to teach “both sides” of subjects like The Holocaust.

Frankly, very badly. The power of the new law is already being flexed by Republicans like State Rep. Matt Krause (R-Fort Worth). He recently sent out a list of books that schools must account for if they were paid for with school funds. These include tomes on the Black Lives Matter movement, LGBT identities and relationships, information on sexual consent and birth control, anti-fascist literature like Alan Moore’s V for Vendetta, stories of the Holocaust from survivor perspectives, and feminism. What exactly will be done with these books if they are found in schools has not been revealed, but it’s led to teachers being afraid.

The Texas Institute of Letters has firmly rebuked the practice in a recent statement.

“These political tactics are meant to intimidate school districts, to motivate voters sympathetic to state representative Krause and Governor Abbott, and to set the groundwork for more book banning and censorship. And who is the target of these destructive politics? Readers in marginalized communities who suddenly see the books that inspire them and give meaning to their lives are now threatened with banning. Parents who understand that fostering empathy is one of the most important achievements of reading widely.”

It’s clear the CRT is simply the new code phrase that Republicans wish to use in order to exile any teaching of social justice from public schools. The “both sides” mentality will almost certainly lead to pushing for climate change denial and intelligent design under the protection that such issues are “controversial.” The phrase is now completely divorced from its original meaning and is instead the line in the sand over whether marginalized people should have their voices heard in schools… or possibly at all.