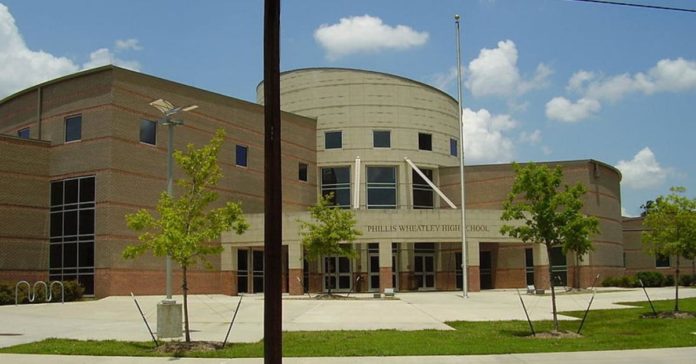 The Texas Education Agency has officially put HISD on notice. Texas’ largest school district is in danger of losing its school board because of perpetual failing grades at one high school.

Wheatley High School received a preliminary academic rating of “F” in the latest school accountability review. This year’s rating marks the seventh consecutive F Wheatley has received, and the third since HISD was forced to submit a turnaround plan for the campus.

Wheatley’s final rating won’t be determined until Sept. 15, but if the rating stands the TEA will be forced to either replace HISD’s board or shutter the school.

If TEA Commissioner Mike Morath decides a state takeover is the right way to go, the agency will appoint outside managers to oversee the district.

Morath notified HISD’s interim Superintendent Grenita Lathan and board President Diana Davila of the potential outcomes in a Sept. 3 letter. Should Wheatley’s rating become final, the district will have an option to appeal the ruling — which would prolong the process until December.

Lathan hasn’t expressed any desire to appeal the TEA’s rating, instead, she is focusing on trying to turn Wheatley around.

Part of the reason why HISD wants to keep Wheatley open, at the risk of losing its own school board, is that the school is an important link to the district’s history.

The 90-year old high school in the heart of Houston’s Fifth Ward was, at one time, the district’s pride and joy — that’s assuming a Potemkin village can be anyone’s pride and joy. Since it was built, Wheatley has always served Houston’s black community and for almost 50 years the school served the community very well.

Part of the reason Wheatly was so successful was because of the resources it had. The school had one of the most accomplished music programs in Texas, if not the country. In 1935, Duke Ellington came to listen to the school’s orchestra play.

In 1949, HISD spent $2.5 million, about $26.7 million adjusted for inflation, to build a new campus for Wheatley High School. When the 14-acre campus opened, it was called one of the finest schools in the South.

However, the district didn’t invest in Wheatley out of the goodness of its heart. The board was using the school as a way to combat the threat of integration.

By putting money into Wheatley, the HISD board figured they could argue that “separate but equal” was actually true.

After the passage of the Fair Housing Act and the integration of HISD, many prosperous black families moved out of Fifth Ward to other parts of the city. The departure of the black merchant class left Wheatley’s service area struggling.

In 1979, the school’s principal said that integration caused the best teachers and students to leave Wheatley. For the next 40 years, HISD tried to arrest the school’s downward spiral.

The district reduced class size, increased teacher pay and built a new $35 million campus. None of it stopped the slide.

Maybe Lathan will have better luck than her predecessors when it comes to turning Wheatley around and restoring the school to its former glory.