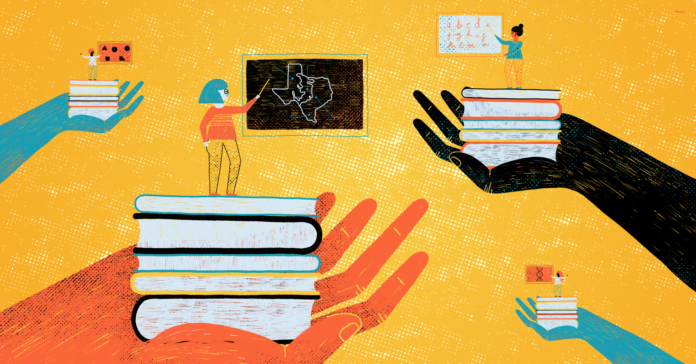 Texas’ teachers are facing stagnating salaries and rising insurance costs and on average, they earn 12 percent less than the national median salary among school teachers.

Nearly 40 percent of teachers said they worked another job during the school year in 2018, according to the Texas State Teachers Association.

There is no doubt that skilled teachers are necessary for children and for the future economic competitiveness of our state. But teacher pay and qualifications in many Texas schools are taking an unfortunate nosedive.

In what is said to be one of the most transformative Texas education bills in recent history, House Bill 3 was created to support teachers and create incentives for teacher excellence while simultaneously reducing and reforming local property taxes for Texas taxpayers.

“We are truly transforming public school finance in Texas, and all of you have been a large part of that,” said Huberty, an original author of the bill before calling for a vote.

The new law, which the Texas House and Senate passed with little interference and was signed by Gov. Greg Abbott, could offer teachers up to $32,000 more a year. The intention is to allocate greater resources to qualified teachers in rural and high-need areas.

Teacher raises take into consideration a teacher’s designation, or qualification as determined by the district; the school’s socioeconomic level, and whether the school is rural.

The law uplifts Texas’ poorest and lowest-performing schools to be aided by a greater teacher pool by both allowing teachers to earn more money and by helping attract and retain teachers.

Despite the law’s significant achievement in reforming Texas school finance, a significant portion of the bill is dedicated to the reduction of state property taxes, with nearly $5 billion of the total cost of HB 3 going toward property tax reductions.

The bill does not, however, create an alternate revenue source, and this has caused a number of legislators to express concern that the state will not be able to afford the cost of the changes long term.

Raising teacher pay can benefit students and teachers alike. Providing teachers with impactful promotions and pay raises is a way to elevate both the teaching profession and our students’ success.

However, the bill’s impact and ultimate goal will only continue as long as the incentives are funded.