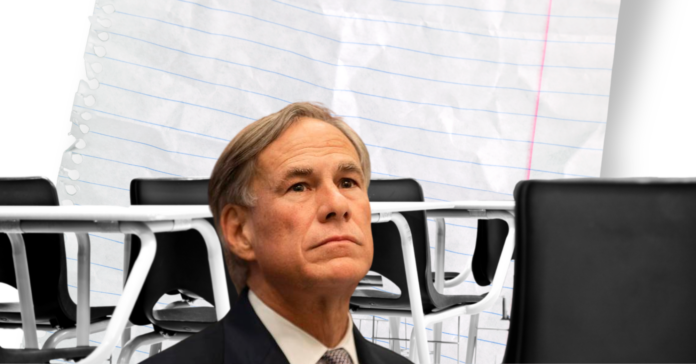 When Governor Abbott came out in favor of private school vouchers in early May, he revived a subject that has been a topic of discussion for years in the Texas Legislature. The legislature first started dealing with the subject in the mid-1990s and it has been raised in some form every session since then. While the Senate has passed voucher bills, they have failed in the House each session.

Vouchers are defined by the Coalition for Public Schools as “anything that diverts public funds (through a tax credit, rebate, scholarship or any other means) to directly or indirectly subsidize a private education.”  The Austin based group is a coalition of over forty public school advocacy and support organizations in Texas.

According to the group, “Any funds either collected by the state or a local taxing entity, or funds that would have been collected but for a tax exemption or credit, are considered public funds.”

Private school vouchers are important to many Texans because they represent both an economic and ethical issue.

Historically, vouchers have been defeated in Texas largely due to the votes of rural Republican House members. Rural house members realize that a diversion of tax dollars from the public sector to private schools represents an overall loss of funds for their public schools. With few private or charter schools in the area, traditional public schools are the bedrock of rural Texas, are often the largest employer in the town, and are the center of social life for families throughout the week and certainly on Friday nights when football is the name of the game.

Rural Texans already feel an erosion of their way of life when many of their young people move to cities and with the closure of rural hospitals exacerbated by Texas’ refusal to adopt Medicaid expansion. They don’t want more resources drained from the public trust to educate private school students in urban and suburban Texas.

For urban Texans, the calculus is a bit different but there are still economic and ethical principles at stake. Economically, vouchers shift money for education away from urban districts toward private schools. Potentially, this will cause a decline in enrollment by shifting student populations out of the district, thereby raising their property wealth per student and pushing them into recapture – where under the “Robin Hood” plan of state funding they must send local tax money to the state.

This is more than mere conjecture as it is already happening due to unfettered charter school growth in Texas. Originally intended as an innovative option to traditional public schools, charter schools have grown to be a parallel system that often perform no better than traditional schools. Austin ISD, Dallas ISD and Houston ISD are in recapture partially due to the numbers of students drained from traditional public schools to charter schools. For example, Austin ISD sent over $710 million local taxpayer funds to the state in 2020-2021. Rising property values and declining enrollment translate into a higher burden for those who pay property taxes in these areas. Recapture has tripled over the last few years until it now accounts for over $6 billion of the state’s biannual budget. Vouchers would only exacerbate this problem.

For business leaders vouchers represent a decline in the public school system which accounts for over 90% of their future workforce. Texas educates about 5.4 million students with only a small percentage in private and home schools. Vouchers are usually offered for far less than it takes to educate a student and do not include transportation. All of this means that vouchers are often used as a tuition supplement for affluent parents who are already sending their child to a private school, shifting much needed workforce development funds from public schoolchildren to existing private schools. At a time when Texas needs to ramp up their workforce development education it seems foolhardy to consider shifting funds away from the bulk of that workforce toward private entities.

Finally, many Texans have ethical problems with vouchers. The concept of giving public taxpayer money to private schools is anathema to some, and not all private schools should want it. If the history of public education litigation has taught us anything, it should indicate that once a private school starts to receive government funds, they will be subject to governmental regulations. One can imagine future court cases where conservative religious schools will be forced to accommodate practices that they deem liberal in nature.

For many, the “wall of separation” between the Establishment Clause and the Free Exercise Clause of the first amendment is also violated when a religious school receives state funding. This separation of Church and State has been a bedrock principle of American democracy. Vouchers jeopardize this. In order to avoid establishing a single religion, states must be careful to provide vouchers for all private religious schools, be they Christian, Jewish, Muslim, or any other recognized religion – such as Wiccan.

A recent decision by the U.S. Supreme Court further emphasizes that states that use public funds to subsidize private education must make public funding available for students to attend schools that provide religious instruction (Carson v. Makin, 2022). Texans may not be comfortable with this, but it is a requirement of a voucher system.

To be fair, Texas public schools have their problems – as would any system with over five-million kids in it. There may be innovative school choice programs that can be explored within the current public education system, but that should not include shifting public funds away from the sparse resources that many public schools currently have. Texas currently ranks in the bottom quarter of states for funding public schools. Let’s not make that worse by giving our public funds away to private schools.