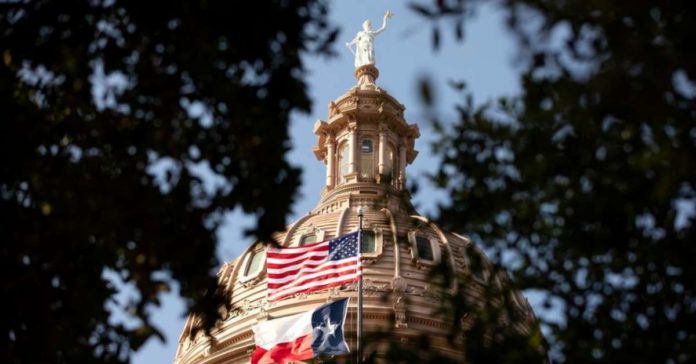 A poll nestled between the end of a Texas legislative session and the beginning of what promises to be a tumultuous 2020 election has just the right blend of what happened and what’s next — along with a look at what Texas voters are thinking about. With that setup, here are some talking points from the University of Texas/Texas Tribune Poll we rolled out this week:

• Donald Trump has problems in Texas, but the president is still the most popular politician here, judging by 52% voter approval of the job he’s doing.

Trouble spots are evident: A majority says he doesn’t have the temperament to be president (50%), that he isn’t honest/trustworthy (52%) and that he doesn’t care about people like you (51%). His reelection numbers — would you vote for this guy? — are not great, at 50% yes, 50% no (including 39% who said they’ll definitely vote for him and 43% who definitely will not). But that kind of test doesn’t include the alternative; until Democrats put the name of a candidate up against Trump, we won’t know whether the incumbent is truly in trouble in Texas.

By the way, 83% of Texas Democratic supporters at this early stage said their support will go to one of eight candidates among the 23 names presented to them. The herd could be culled relatively quickly. Beto O’Rourke remains stalled but could recover. Julián Castro, so far, doesn’t appear to be going anywhere.

• The state’s growth and its changing demographics are political matters that split Texas voters into two distinct camps. Over here are the 47% of Democrats who say growth is good for the state — twice the number who say it’s bad. And there are the Republicans, 43% of whom say growth has been bad for the state, while 34% say it’s been good. The partisan splits are bigger when it comes to the increasing diversity of the state: 67% of Democrats say that’s a cause for optimism, and only 28% of Republicans agree with them.

• The Texas Legislature didn’t spend as much time on social and cultural issues as it has in some past sessions, but voters are still animated by some of those questions. A plurality of voters (48%) would support a ban on abortions after six weeks of pregnancy — a policy adopted by GOP-dominated legislatures in states like Mississippi and Georgia. As with many civic questions, that one separates Republicans from Democrats. So does the idea of religious exemptions from nondiscrimination laws — allowing people with “sincerely held” religious beliefs to opt out of serving or doing business with everyone. And here’s another: While 64% of Democrats say the state is doing too little to protect the rights of LGBTQ Texans, only 6% of Republicans agree. The Republicans were more likely to say the state does too much (40%) or that it does about what it should be doing (34%).

But it’s not all about party. The poll found 78% of Texans believe the state government should require children to be vaccinated against infectious diseases like measles, mumps, chicken pox and whooping cough. The more they knew about recent outbreaks of those diseases, the more likely they were to support mandatory vaccinations: 87% who’ve heard a lot against 57% who have heard nothing at all.

• Texas voters continue to rank immigration and border security at the top of the most important problems facing the state. Political corruption and leadership remain high on the national list, driven by Democrats unhappy with the Trump administration. And the voters are relatively pleased with economic matters, with most saying the national, state and their personal economic situations are better or the same as they were a year ago.

• Back to those state legislators for a moment. They and their leaders were happy about the just-ended session, with their wins on public education, property taxes and so on. And it’s true that voters have higher opinions of them now than they did at this point two years ago. But it’s not all wine and roses. Approval of lawmakers’ handling of public education was barely higher than disapproval — 30% to 29%. And fewer voters were pleased with lawmakers’ work on property taxes — 26% approved and 37% did not. They like the idea of forcing local governments to win voter approval before approving larger increases in property taxes. But only 9% expect their property taxes to go down in the future. Most think they’ll rise (36%) or stay the same (27%).

Chances are, they’ll be asking candidates about that during the 2020 election campaigns.

The University of Texas/Texas Tribune internet survey of 1,200 registered voters was conducted from May 31-June 9 and has an overall margin of error of +/- 2.83 percentage points. Numbers in charts might not add up to 100% because of rounding.