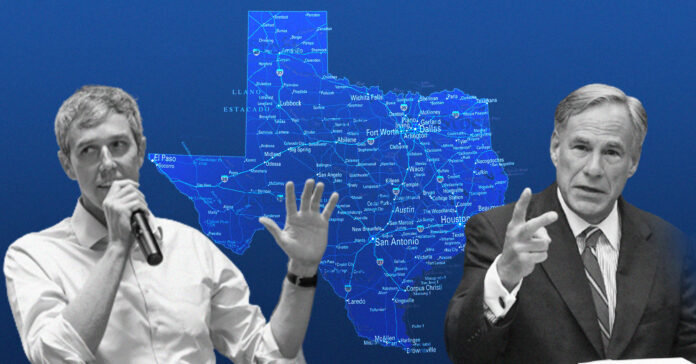 President Joe Biden came closer to flipping Texas blue in 2020 than any other Democrat in a generation, and two years before, Senator Ted Cruz was almost unseated by Beto O’Rourke in an even closer match. However, now that the Age of Trump is over, it’s difficult to decide where the Democrats stand in public regard in the state.

On the one hand, Biden is inarguably unpopular overall in Texas. More than half of Texans disapprove of his time in office so far, and only 35 percent approve of his handling of the job. Constant fearmongering over undocumented immigrants at the southern border and the drawn-out COVID pandemic has contributed to the decline in his polling numbers.

However, there are a couple of factors to deal with that can’t be answered just with poll numbers. For one, the country is more politically polarized than it has been in a century. It’s not polite disagreements, either. Both sides seem to hate each other much more than in previous decades. The fact that Republicans have consistently framed losses as political thievery has badly exacerbated the situation. How much of Biden’s unpopularity in Republican-majority Texas is due to his actual performance, and how much is due to sheer bloody-mindedness is difficult to determine.

Regardless, Biden is looking to improve his numbers in Texas thanks to the Build Back Better Bill. Texas is likely to receive massive infusions of cash for low-income residents if it passes the Senate with the current provisions intact. These investments will include giving 1.5 million Texans access to Medicaid denied to them by Republican refusal to accept the expansion of the Affordable Care Act, $11 billion in child care programs, 3.6 million more children receiving additional nutrition during the summer, and caps on the price of insulin for the exploding number of Texans who are diabetic.

That is a lot of direct help coming to people who are not particularly used to getting in from the famously stingy Texas social safety net. If Build Back Better materially bolsters millions of Texans’ bottom line, it would help Biden make his case despite anti-Democrat sentiment.

And then there is O’Rourke, who is challenging Governor Greg Abbott for the top job in the state. O’Rourke, like Biden, is not popular in the state, but unlike Biden, he has the benefit of an opponent whose support is very shaky. On the right, Abbott is being blasted for putting any anti-COVID measures in place, while the rest of the state remains angry at him for failing to do much of anything to repair the power grid after Winter Storm Uri. It’s left his popularity tumbling and his position vulnerable.

O’Rourke has been capitalizing on that in a big way. Our poll tracker shows a meteoric rise for the former congressman and presidential candidate, including at least one poll where he is ahead of Abbott. It’s still far too early to tell what this means for November, but the numbers definitely show that more and more Texans are interested in a change at the governor’s mansion.

Both Biden and O’Rourke still have to overcome the incredibly negative partisanship of the state if they are to prevail. If Democratic-led improvements start happening soon, it might sway some undecideds who previously felt the Democrats had nothing to offer. It wouldn’t take many of them to flip Texas.