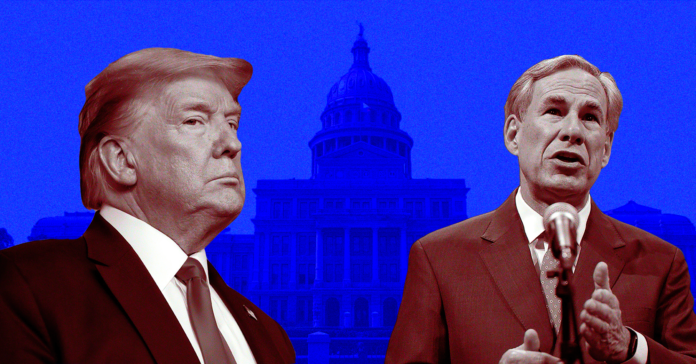 “Greg Abbott is a fighter and a Great Governor for the incredible people of Texas,” Trump said in a written statement, praising Abbott’s record on issues including border security and gun rights. “Governor Greg Abbott will continue to be a great leader for the Lone Star State, and has my Complete and Total Endorsement for re-election. He will never let you down!”

The former president’s stamp of approval was posted on Abbott’s Twitter account, where he used a screenshot photo of Trump’s statement.

Abbott thanked Trump and called him a “great friend of Texas”.

So far there’s only been one other person in the Republican party who has announced his intention to run against Abbott on the primaries, that’s former state Sen. Don Huffines, who has been very vocal about his disapproval of the way Abbott runs things in his office, it was only yesterday that he called his leadership a failure.

Huffines clearly didn’t take well on the former president’s announcement, he has since released a statement reiterating his support for Trump and calling himself the “clear Trump candidate”.