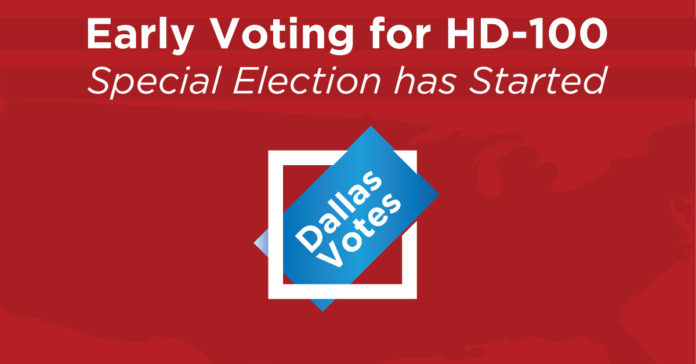 The first day of early voting in the Texas House District 100 special election begins Monday, Oct. 21. The vacancy for the seat was created when the previous State Representative, Eric Johnson (D-Dallas), resigned to accept his position as Mayor of Dallas.

Polling locations and timings for Early Voting can be found here. The power outages have affected some polling locations, so stay updated on the Dallas County Elections website.

Here is our voter guide for the race.

Reform Austin will continue to follow the special elections and report the results.

If no candidate earns 50 percent or more on Election Day in any of the three districts holding a special election, a runoff will be held several weeks later.