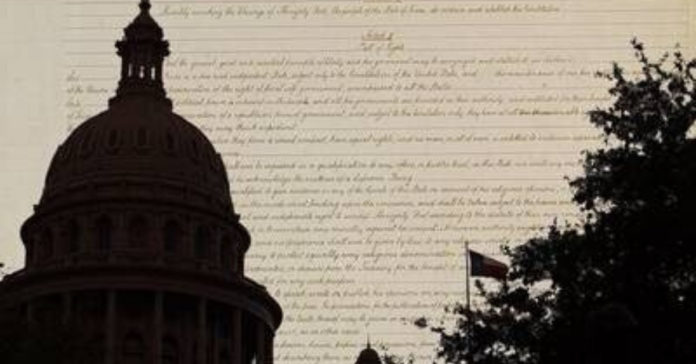 With 10 proposed Constitutional Amendments on the ballot, voters are tasked with taking the future of the state’s Constitution into their own hands. One of the proposed amendments that could be a real head-scratcher is Proposition 4.

Proposition 4 is about making it even harder to enact a state income tax in Texas. The Lone Star State is one of nine states that doesn’t have a broad-based personal income tax, and no one in the legislature has brought one up in a very long time.

Since 1993, the Texas Constitution has required approval by a statewide vote before any income tax could take effect. State law also requires that any funds from a possible future income tax could only be used to bring down property taxes and fund education.

Currently, legislators only need a simple majority in the House and Senate to bring a property tax referendum to the voters. Proposition 4 would raise the bar by amending the Constitution so any income tax resolution would need two-thirds support in both legislative chambers before going to the voters.

Supporters claim that the more stringent requirements would reassure Texas’ current residents and anyone interested in doing business inside the state that Texas is committed to keeping a business-friendly environment.

Additionally, the proposition is written in such a way that voting for it could be interpreted as closing the door on a personal income tax vote in perpetuity.

However, there is some controversy surrounding the law. Senate Democrats objected to some of the measure’s language. They were concerned that the usage of the term “individual” instead of “natural persons” was a backdoor way to attack Texas’ franchise tax.

Eliminating the franchise tax — a tax on businesses — has been in the Republican crosshairs for years. Corporations have long been considered individuals under U.S. and Texas law.

By failing to define the word “individual,” the legislature could leave the door open to an interpretation of the law that includes corporations and other entities “currently subject to the state’s franchise tax,” according to the Legislative Budget Board.

The decision to use the word “individual” instead of the phrase “natural persons” is also at odds with the rest of the Texas Constitution’s tax code. The legislature did take some actions to address the criticism.

Before adjourning, both houses passed a bill amending the tax code. State law now defines “individual” as a “natural person,” but there is still a belief that Proposition 4 is destined for a court fight.

Dick Lavine, a senior fiscal analyst at the left-leaning Center for Public Policy Priorities told the Texas Tribune that if the proposed amendment passes “somebody … is going to challenge it.”