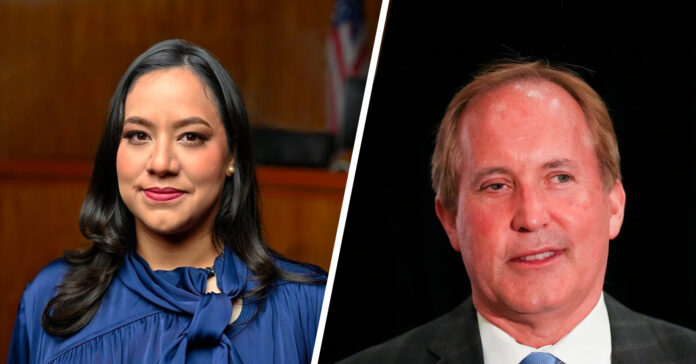 Garza is a former American Civil Liberties Union lawyer from Brownsville, who defeated Joe Jaworski, with a 62.7% lead.

Facing Garza is incumbent Paxton, who beat Land Commissioner George P. Bush in the Republican primary runoff – despite his rocky campaign and several run-ins with the law.

In the past, Paxton has faced several controversies, including a seven-year-old indictment for securities fraud, supposedly cheating on his wife, a lawsuit by the state due to his controversial ethics practicing as an attorney, and even an FBI investigation against him.

In a statement, Garza acknowledged the horrific shooting of schoolchildren and others in Uvalde County that took place on election day, before turning her attention to defeating Paxton in November, as reported by The Texas Tribune.

“Today is a sober reminder of why we need new leadership in Texas. I am deeply saddened by the news from Uvalde today. As a new mom and a Texan, my heart breaks for the children, teachers and their families,” she said.

“I decided to run for Texas Attorney General to fight for Texas families, protect our freedoms and keep our communities safe. Indicted Ken Paxton is corrupt and unfit to hold public office and cares more about lobbyists and donors than the lives of our children.”

This is Garza’s first race, but not her first rodeo against Republican leaders. In 2017, she sued the Trump administration defending an undocumented teenager in an abortion case, where she demonstrated her commitment to fighting for all people in Texas, no matter how marginalized.

In 2018 she testified against the U.S. Supreme Court nomination of Brett Kavanaugh, who ruled against granting the teen access to an abortion as an appellate court judge.

During her campaign, Garza has sworn to take a stance against the “all-out assault on women’s rights and reproductive rights” that the new abortion bans (which Paxton defends) are waging.

“I don’t think running for office is an easy thing to do, period,” she said.

“I really feel the urgency to do something and I know that I have the experience, I have the temperament and I have the drive to do this and fight for Texans.”