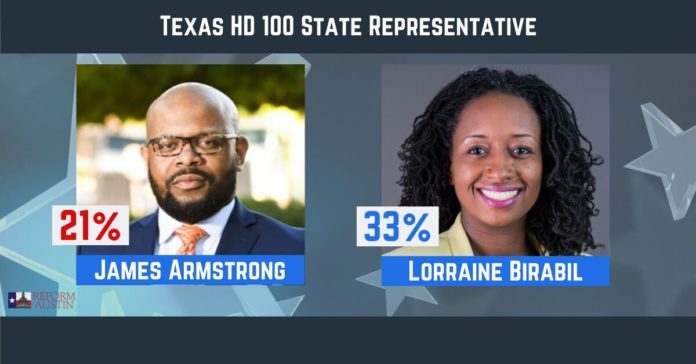 However, Birabil’s 2,274 votes aren’t the story. Voters and politicos are wondering who Birabil will face in the runoff.

A five-vote lead all but guarantees a recount or at the very least a canvass of any uncounted absentee ballots. Armstrong and Johnson will try to determine who will make the runoff.

Sandra Crenshaw received 18.99 percent of the vote and even though he had dropped out of the race, Paul K. Stafford received 6.34 percent.