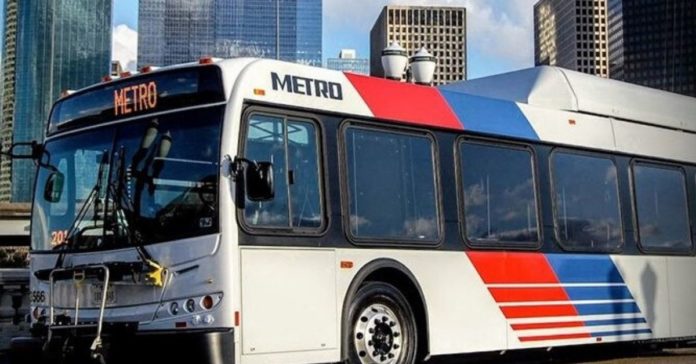 The Houston METRO bond will create 75 miles of bus rapid transit routes. The bond will add 16 miles of light rail, including 10 miles to the purple and green lines.

Additionally, the bond will build a train to Hobby Airport, which will cost $1.4 billion alone.

METRO eventually wants to build a train to Bush Intercontinental Airport. However, the transit agency is starting with the closest airport first. Another rail extension will take the Red Line to the North Shepherd Park and Ride.

The Houston METRO bond will borrow $3.5 billion to fund construction, with the cost covered by the agency’s 1 percent sales tax.

The transportation agency plans to use the money to start work on its proposed $7.5 billion regional transit plan.

METRO hopes to be able to secure an additional $3.5 billion in federal funds to cover construction costs. The agency plans to cover an anticipated $500 million shortfall with future revenue.

The Metro board considers the bond a key step in the creation of the agency’s METRONext initiative.

What’s on the Houston METRO bond

Among the long-term goals outlined in METRONext are 110 new miles in the transportation agency’s Regional Express Network.

Funds from the bond will be used to construct 75 new METRORapid lines. Another project would add 290 miles to the agency’s BOOST and signature services.

Also on the drawing table are 21 new or improved park and rides and transit centers. Houston-area residents could also see a 25 percent increase in local bus service and the debut of 10 new community circulator routes.

Additionally, the METRO board plans to use the bond to fund resiliency planning, partnership projects, and universal accessibility.

Despite METRO’s upfront statements, the specifics of any plans are still undefined. The Exact routes and when the projects will be built isn’t specified.

The lack of specificity will allow METRO to pursue federal funding as the money becomes available. Projects are also unspecified because the routes for trains and major busways still requires federal approval.