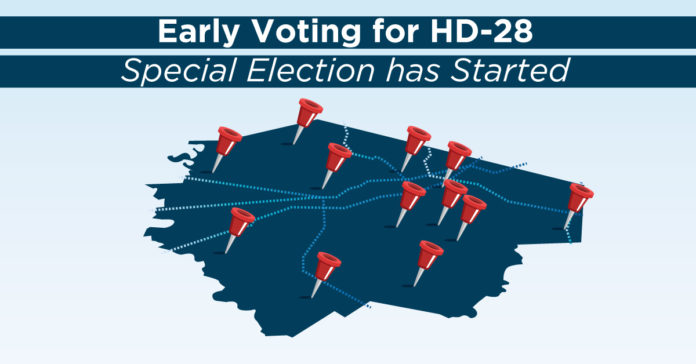 Polling locations and timings for Early Voting can be found below and here.

On the ballot is one Democrat, Eliz Markowitz, and six Republicans. Chief among the GOP candidates are perennial candidate and real estate mogul Gary Gates and Anna Allred, an anesthesiologist from the same practice as Zerwas.

Also on the ballot are Tricia Krenek, a former Fulshear city councilwoman, and a former DEA agent Gary Hale.