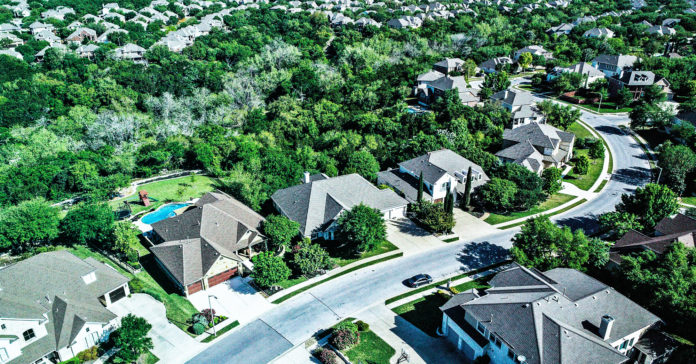 The dramatically high Democratic turnout in Texas suburbs earlier this month could indicate major changes heading into the remaining races of the 2020 election cycle.

With these numbers for Democrats, the 2021 Texas political palette could contain more blues.

For the first time in more than a decade, Democrat voters outnumbered Republicans in primary voting.

“And that’s huge. The last time this happened was 2008,” said Abhi Rahman, director of strategic communications for the Texas Democratic Party. “And the reason it happened in 2008 was because there was that 5-10 percent Republican crossover whereas this time it was all Democrats voting.”

The Democratic primary turnout increased by 59 percent in the Dallas-Fort Worth area, the Fort Worth Star-Telegram reported.

Matt Angle, founder and director of the Lone Star Project, an organization that assists Texas Democratic candidates campaigns, sees three reasons for the resurgence of the Democratic vote.

“Good candidates appealing to voters makes a big difference. On top of that when you look at what is happening in Texas generally, the dynamic that I think is pushing the ball forward for Democrats is a real emotional turn against Trump,” he explained in an interview with Reform Austin. “Particularly, in the suburbs by the growing minority population within those suburbs and then also by women of all ethnicities.”

“People think that voters were excited about Bernie,” he said. “It’s just the opposite. Particularly, in those suburbs.”

He indicated that people’s perception — whether they were right or wrong — was that Sanders would be harmful to down-ballot candidates.

The real potential for change is most notable in the congressional races. Seven seats currently under Republican control could give way to Democratic candidates.

“And you look at those seven competitive seats. Those seven seats are all in the suburbs,” he noted.

Republican Rep. Will Hurd of District 23 — the largest district in Texas — announced he would not be running for reelection, and the seat looks promising for a Democratic replacement, as does Republican Rep. Michael McCaul’s seat, Politico reported. McCaul’s district basically reaches from Austin to Houston. Additionally, former Texas State Senator Wendy Davis will be a tough challenge for Congressional District 21 incumbent, Republican Rep. Chip Roy.

The so-called Texodus of the Republican congressmen who will be retiring, which includes the aforementioned Hurd, opens the door for a stronger Democratic presence. GOP House legislators opting out of re-election are Rep. Mac Thornberry (D-13), Rep. Mike Conaway (D-11), Rep. Kenny Marchant (D-24), Rep. Pete Olson (D-22) and Rep. Bill Flores (D-17), according to the Dallas Morning News. The Dallas Morning News also reported that six Texas Republicans retired from Congress in 2018, and that two others failed in re-election bids.

Reform Austin reached out to the Republican Party of Texas for comment but did not get a response.

“That just kind of shows you how this election is going to be completely different, how we’re going to win up and down the ballot here because those are demographics that skew heavily Democratic.”