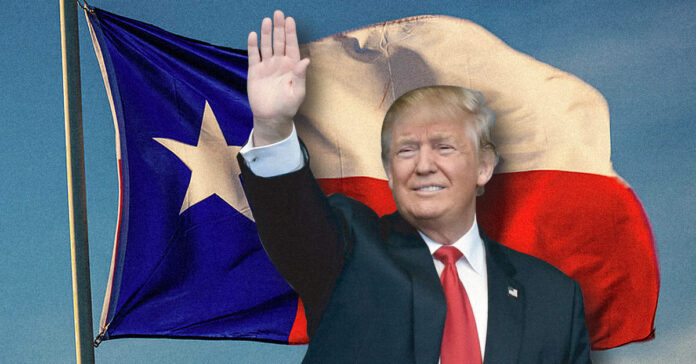 Donald Trump is returning to the Texas political stage in Conroe this Saturday, likely continuing to spread conspiracies about the 2020 presidential election and promote a potential run for the 2024 election.

The rally will be the first of its kind in Texas since 2019 and is of great importance to GOP strategists who aim to prime Trump loyalists for donations and campaign volunteer work. The event also offers other Republicans running for office the chance to drum up support for their own campaigns.

Trump-endorsed speakers, Gov. Greg Abbott and Attorney General Ken Paxton, will both be speaking at the event during prime hours, according to the Houston Chronicle.

“Really big crowd expected in Texas this weekend,” Trump said on Monday. “The rallies are bigger than ever before — so much to talk about!”

However, this heavy-handed return to Texas may signal the right’s potential loss of control over the state.

“What it means to me is that they are scared,” said Harris County Democratic Party Chair Odus Evbagharu.

He explains that the GOP needs constant attention from Trump to hold on to the state as it shifts more and more to the center. He’s committing time to Texas instead of swing states like Arizona and Florida.

“They still need Trump,” he said. “They need this guy to keep going.”

Trump won Texas by only 6 percentage points in 2020, the closest race since Republicans last lost the state in the 1990s.