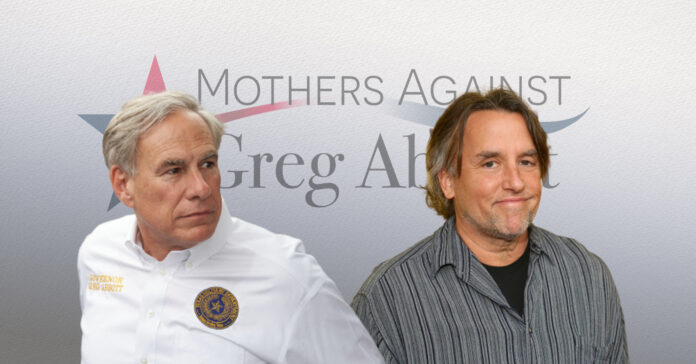 “Outrage over the incessant failures of Abbott’s administration,” was what led Oscar-nominated ‘Boyhood’ director, Richard Linklater to produce 31 videos for the ‘badass mamas’ PAC, Mothers Against Greg Abbott.

In an effort to vote out Republican Gov. Greg Abbott, the lifelong Texan joined MAGA to create a series aimed at helping the PAC spread its anti-Abbott message. The ads will run up to the Nov. 8 midterms, in what the group is calling a “Vote Abbott Out Advent Calendar,” as reported by Rolling Stone.

His videos will showcase a diverse array of everyday Texans calling out Abbott for his policies.

“It’s not just Democrats who are fed up. Texans from all walks of life are realizing that this state is being mismanaged and that our very lives and liberties are on the line due to policies put in place and crises ignored such as women’s health, power grid deficiency and gun violence,” said Linklater.

The first spot was launched last Friday. “Bye Bye Greg,” showcases a Texas mom belting out lyrics to the tune of Gloria Gaynor’s I will Survive.

“And then I spent so many nights just thinking how you did us wrong. You sold us out. And Greg, now you’re on your way out. So listen here. Get off your rear. Or rather sit and watch while Beto takes your job from you this year. You had a chance to fix the grid. You could have fought for women’s right. But you took the gunman’s money and you turned off all our lights. So bye bye, Greg. Your time is done.”

The rest of the black-and-white series can be found on the official Youtube account of MAGA. Each video features real Texans offering up 31 reasons to vote out Abbott,
exposing his appalling record on such issues as education, healthcare, and child welfare.

Maga founder Nancy Thompson told Rolling Stone that she hoped Linklater’s series would resonate with a lot of Texans.