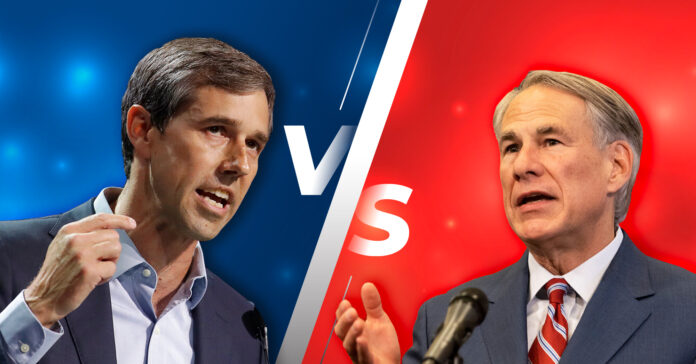 Former Texas congressman Beto O’Rourke is expected to announce his candidacy for governor later this year. He’ll have an uphill battle based on the poll numbers, even with Governor Greg Abbott also having rather abysmal numbers himself.

There’s no doubt that O’Rourke has the best name recognition of any potential Democratic challenger so far. He was launched onto the national stage first by challenging Senator Ted Cruz in 2018, and then by throwing his hat in the 2020 presidential race. Both attempts made him a name on everyone’s lips.

That said, those were both losing attempts, and that puts O’Rourke in some grim category as far as his odds go. According to FiveThirtyEight, only twenty people have ever run for governor, U.S. Senate, or president after two straight consecutive election losses, and only one, John Kennedy of Louisiana, has ever actually won the office they sought. If O’Rourke did triumph, it would be a near-miraculous political comeback.

Unfortunately, his poll numbers are not inspiring. A Dallas Morning News/ UT Tyler poll from April showed that only 35 percent of Texans have a favorable view of O’Rourke, and 37 percent had an unfavorable view. Another recent poll has not shown that O’Rourke’s favorability ratings are improving. Only 33 percent of Texans said they would vote for him, less than potential candidate actor Matthew McConaughey.

That’s not to say Abbott is in the clear. The governor is not having an easy time in the polls at all, much of it stemming from his handling of the COVID pandemic. Before the start of the crisis, Abbott had a fairly respectable approval rating of 59 percent. Now, more than half of Texans think he is doing a poor job or believe the state is heading in the wrong direction. The fact that he has hung his reputation on sharply divisive issues such as a draconian abortion ban and loosening of gun control laws has made him a very contentious figure. While those moves have not exactly hurt him further in the polls, they have made him less of a figure that can draw moderate voters to shore up his weakened position.

Of course, Abbott is not just facing opposition from the left. Texas GOP Chairman Allen West has declared he will challenge Abbott in the Republican primary. So far, West’s candidacy is not polling well. Abbott has nearly double the favorability rate West does among Republicans. He also leads West by 60 points when undecided voters asked who they would prefer. However, since the Republican primary will almost certainly go to a runoff, it will give West more time to make his case and attack Abbott from the right. The governor has already drawn criticism from his base over precautions he instituted during COVID, and as the pandemic drags on it may hurt him further.

It’s possible that Abbott will emerge from the primary more popular as it’s hard to imagine he could look like less than a statesman than the conspiracy-obsessed West. Even so, he remains increasingly unpopular in the state. His only hope for holding onto his seat right now is that his biggest opponent is slightly more unpopular than he is.