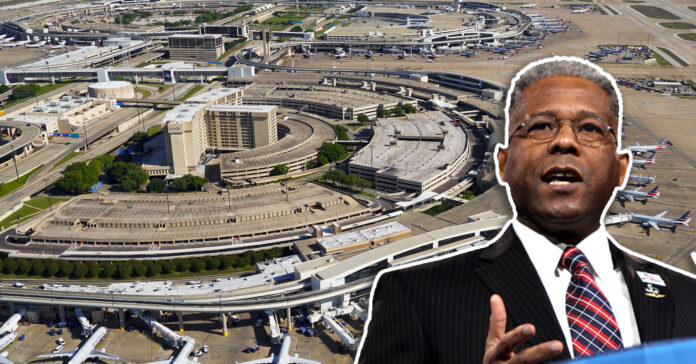 The altercation took place a year ago on Nov. 3. West claims he was walking maskless through the airport terminal when a man called him an idiot for not wearing a mask.

So, West walked over to the man, later identified as Lawrence Stern, pulled down his mask, and said, “See, nothing happened.”

Stern previously told The Dallas Morning News West “violently” tore his mask off and said he wanted to see West charged over the incident.

However, Stern told police he wasn’t hurt, and authorities saw no marks on his face, according to a police report.